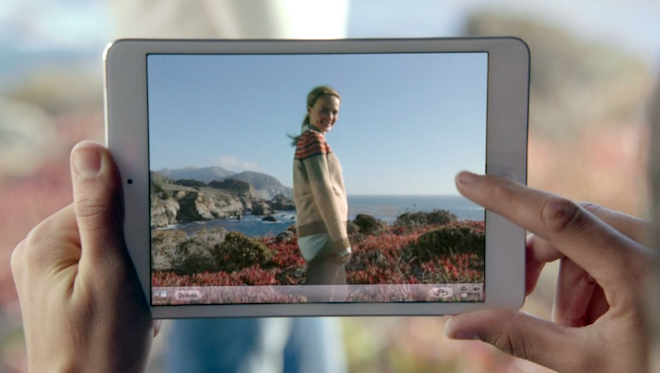 As hordes of iPad minis are on their way to customers for release on Friday, the first early reviews of the device are turning up. Reviewers were enthusiastic about the new iPad mini, with some noting that they were surprised how much they liked it.

They agreed that the tablet was more than just a smaller version of the original iPad, but they did take issue with the price and the display.

Apple announced the addition to its tablet lineup last week at a media event. The 7.9-inch device starts at $329 and goes up to $659 for the 64GB LTE version. It features a 1024 x 768 display, the same resolution as non-Retina Display iPads, and is powered by an A5 chip.

Walt Mossberg says Apple has pulled off an “impressive feat” by making the iPad mini thinner and lighter than Google’s Nexus 7 and Amazon’s Kindle Fire HD. He did, however, highlight two negatives about the device, as compared to the two rivals: price and screen resolution.

“I’ve been testing the iPad Mini for several days and found it does exactly what it promises: It brings the iPad experience to a smaller device,” he said, while noting that the keyboard on portrait mode “felt a bit cramped.”

In the end, Mossberg recommended the device as the “perfect solution” for customers who think the larger iPad is too large or heavy.

Jim Dalrymple started his review by admitting that he was wrong about not having room in his workflow for the iPad mini. The iPad has typically been a device that he uses to wind down at the end of the day.

The iPad mini, however, he uses in instances that he wouldn’t bring along the full-size iPad.

“Now, I’m using the iPad mini because it’s compact enough to carry around, but not so large that it’s cumbersome,” he said.

In order to find out why he had been so skeptical of the smaller tablet size, Dalrymple went and played with all the non-Apple tablets at a local store.

“Until now, these were the only mid-sized tablets I have ever used and they were awful. That’s what I was basing my opinion on.”

Dalrymple concluded that the iPad mini is a “well thought out device” consistent with Apple’s standards.

“If the Mini had a retina display, I’d switch from the iPad 3 in a heartbeat. As it stands, I’m going to switch anyway. Going non-retina is a particularly bitter pill for me, but I like the iPad Mini’s size and weight so much that I’m going to swallow it,” he wrote.

Joshua Topolsky described the iPad mini as a “step to the side“, rather than a step down. He also backed down slightly from his initial assertion that the device made its competitors “feel like toys”, while still sticking to the claim that no other 7-inch tablet has the same “look, feel, or build quality”.

“If the iPhone 5 is reminiscent of jewelry, the iPad mini is like a solidly made watch,” he said.

Topolsky did have one minor issue with the design, which is that the thin profile and smooth back sometimes made it hard for him to keep his grip on the diminutive iPad.

He liked the display, but also noted that it was clearly of lower resolution than its competitors. He also found that some apps were affected by the smaller size screen, especially ones with “lots of navigational elements.”

He ended up giving the iPad mini a score of 9.0, adding that, in his mind, it had captured the “best small tablet” market.

“This is, in many ways, Apple’s best tablet yet, an incredibly thin, remarkably light, obviously well-constructed device that offers phenomenal battery life,” he concluded.

CNET liked the new design of the iPad mini, calling it “cute”, “discreet” and “very, very light”. The reviewer noted that the device turned out to be “extremely addicting, and fun to use”. However, the price tag was an issue for the publication.

The review concluded by noting that the iPad mini isn’t likely to be “for everyone”, but it will appeal to some just like the differences between the iPod and the iPod nano.