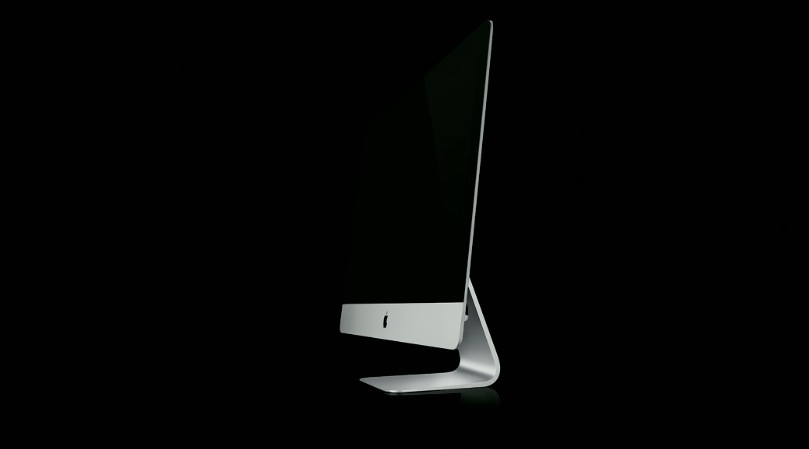 Today, at an event in San Jose, Apple introduced a new iMac model. This is the 8th generation of iMac, with an 80% thinner profile than the last version. There are two sizes, 27″ and 21.5,” and the displays are optically laminated.

The new iMac starts at $1,299 and will begin shipping in November. The larger model starts shipping in December. It appears that both will be in homes in time for the holiday shopping sales cycle.

Apple’s Phil Schiller says that it was put together with ‘friction stir’ welding, allowing for a seamless design. The machine is tapered, making it thicker at the center of the back. The machine is 8lbs lighter than the previous model, with up to 3TB of storage, Core i5 or i7 Ivy Bridge Processors and four USB 3 ports.

The new iMac also has the option to include a Fusion Drive, a new hybrid of a flash-based SSD and traditional hard drive. TNW has more notes on the Fusion Drive here, if you are curious. Here are the brass tacks, however:

[It is a] new storage option which merges together the benefits of a Flash SSD and a traditional hard drive. Core applications and the Mac OS will stay on the SSD, while documents stay on the HDD to maximize storage and speed.

As hardware innovations go, this is one that matters, bringing new speed to a part of the PC parts market that has felt moribound of late.

Read next: Apple updates the Mac Mini, shipping today from $599