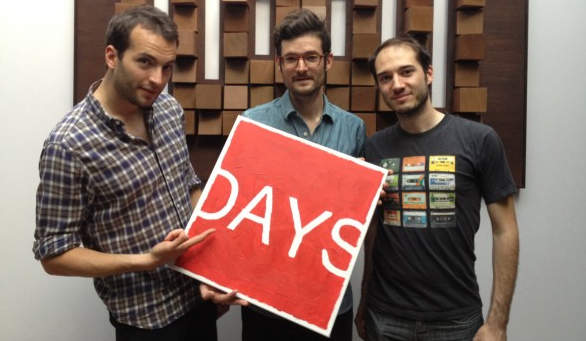 Shooting music videos using Apple products is nothing new, we’ve seen videos recorded with an iPad 2 and even using FaceTime on an iPhone 4 — to name just two.

However, a French band by the name of Exsonvaldes decided they would go one better by recording the music video for their new single DAYS using 4 iPhones, 2 iPads and a MacBook Pro — receiving high praise from Apple’s Lead Designer Jony Ive after it was published.

The band emailed Ive a link to the YouTube video (embedded below), detailing the use of Apple products in its recording, hoping for a reply to acknowledge he had watched it.

Exsonvaldes’s lead guitarist Simon explained to The Next Web that the footage played on the iPhones and iPads were recorded using the devices themselves. The video played on the MacBook was also captured using the notebook’s front facing webcam. The whole thing was then wrapped together using a Sony video camera.