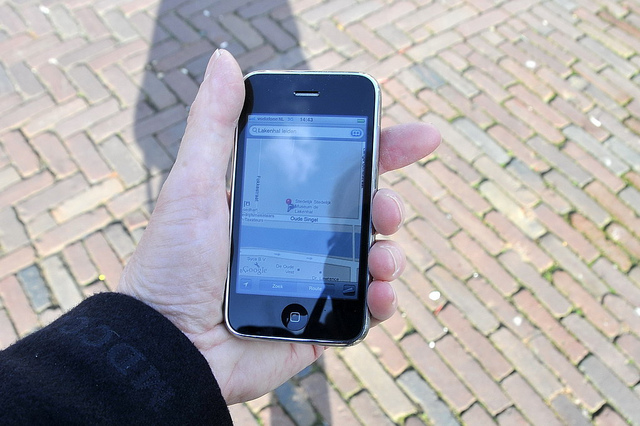 If you thought that Google would sit idly by while Apple replaced its Google Maps platform with its own mapping service on iOS, one Google SVP wants you to know that ‘amazing’ experiences are coming to the platform, signalling yet another smartphone battle between the two tech giants.

Posting about the new Street View exhibit at the Computer History Museum in Mountain View on his Google+ page, Jeff Huber — Senior Vice President, Commerce & Local at Google — confirmed that the company is committed to “providing amazing Google Maps experiences on iOS.”

Apple, long rumoured to be working on its own mapping service after it acquired C3 Technologies, formally announced earlier this month that it had overhauled the existing Google-powered Maps app in iOS 5 and would be launching its own fully-featured mapping platform with the release of iOS 6.

Immediately, iOS users called on Google to release a standalone iOS Maps application, something that would be similar to the app it provides on Android, providing an alternative to Apple’s 3D maps and its TomTom-powered turn-by-turn directions.

At its mapping-centric event at the beginning of the month, Google said that it will soon roll out 3D coverage of metropolitan areas, incorporating the technology in a new Google Earth update. The update will come to both iOS and Android mobile devices, with detailed offline maps also coming to the Android version.

But the real demand is for a dedicated iOS Maps application.

Google can continue to deliver a mapping service via its HTML5 Web app, but Web apps are hard to find and some iOS users aren’t aware that they can install shortcuts to such apps on their devices. A native app is easily discoverable via the App Store and may also provide more support for Google’s additional mapping features, allowing it to deliver detailed maps but also push its sponsored listings and other points of interest.

Although Google hasn’t signalled what it has planned for iOS, Apple’s commitment to its own service is good for the consumer. By delivering a fully-featured 3D mapping app that provides turn-by-turn navigation, traffic alerts and third-party support for developers, Google will be forced to innovate not only on iOS but also the Android platform.

The search giant has also lowered pricing of its Maps API after developers began ditching the service over its high cost. As a result iOS app developers may begin using the API to provide mapping data but the focus will be on what Google can offer consumers.

With Google I/O just days away, we will get the chance to see Google’s latest developments for its mobile apps. We hope that iOS maps form some part of that, at least so Apple device owners have a choice over which service they use.