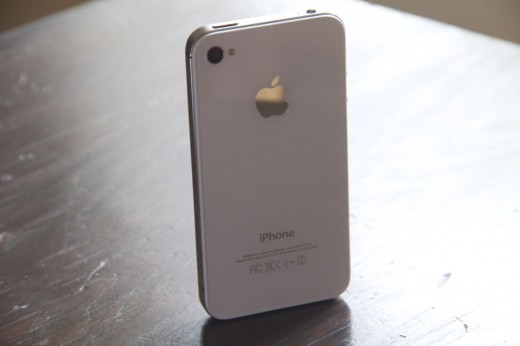 Apple isn’t satisfied with 23% of the smartphone market. In fact, the evidence is mounting that it wants to dominate it much in the way that it did the market for MP3 players with the iPod. The latest piece to this puzzle is that Sprint will launch the iPhone through its Virgin Mobile imprint in the US, as reported by The Wall Street Journal.

The publication claims that Virgin Mobile will be getting a prepaid flavor of the iPhone as soon as July 1st, but the pricing hasn’t been confirmed. Boost Mobile, another splinter cell of Sprint, might also get the device.

Apple makes a massive amount of money on the iPhone, far more than Google makes on Android via ads. It accounts for some 73% of the entire smartphone industry’s profits, by some accounts. This makes it far more profitable than its closest competitor Samsung.

But this is just the beginning for Apple. This is not the old PC days of yore; it’s not going to settle for a sliver of the market in the way it did, for better or worse, with the Mac. With the smartphone, and by extension, the iPad, Apple got in early on the mobile computing game and it hasn’t slackened the pace.

Last week I wrote about Cricket scoring the iPhone, arguing that it signaled a shift in Apple’s business plan for the iPhone:

Leap Wireless brand Cricket was the first carrier to get a prepaid edition of the iPhone and it did so at a ‘modest’ subsidization rate. This is allowing it to offer the iPhone 4 and 4S at $150 cheaper than the unlocked flavors from Apple. This kind of cooperative subsidy isn’t something that Apple needs to do. It has carriers banging on its door wanting to carry the iPhone.

Now Sprint, who has committed to purchasing some $15.5B worth of iPhones, is now the second to be offering a prepaid edition of the iPhone in the space of just a few months. 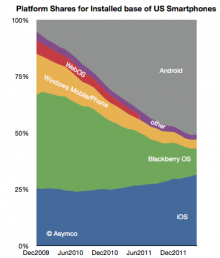 In the iPod, Apple had a dominant portable product that has had a long tail of continuous sales that is only now beginning to sputter out, largely quashed by the demand for the iPhone and other ‘all in one’ smartphone devices. If Apple can leverage its economies of scale to offer affordable iPhones to the prepaid market, even two-year-old models, it has the potential to shift the balance of market-share-power away from Android, just as it owns the lion’s share of profits.

And if you’re the type to pooh-pooh Apple’s chances of affecting the market on a volume scale with Android eating up share, you might want to note that Android platform growth has actually fallen for four months in a row. The growth rate of iOS, on the other hand, has not.

It remains to be seen whether this pattern of shrinking growth for Android will continue — though I feel it will — but Apple isn’t letting up on the pace at all. And, if it can successfully enter the prepaid market by leveraging its insanely mature supply chain, the market share trend could flip completely.

Read next: We need Airtime about as much as we need Facebook