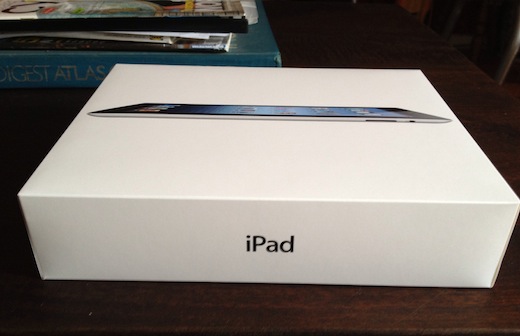 A new report from app analytics company Localytics claims Apple’s latest iPad model is now more widely used in the United States than the first-generation iPad, a mere two months after the former hit the market.

We already reported usage was off to a very strong start, but Localytics says the new iPad is now up nearly 50 percent compared to its launch-week share.

The report will be published on Localytics’ blog later today but was shared with The Next Web in advance. The company’s app analytics solutions are used by companies like Fox, AT&T, Rhapsody, Qualcomm and The New York Times.

According to Localytics, its stats show that the iPad 2 remains the most used of all three generations of iPads by a margin (60 percent vs. 20 percent for both the other tablets) but that the new iPad has overtaken the original one in a hurry.

The device sports a new dual-core A5X processor with quad-core graphics, and a Retina Display with a resolution of 2048 by 1536 pixels.

Gartner, meanwhile, says iOS continues to be the dominant tablet OS and is projected to account for 61.4 percent of worldwide media tablet sales to end users in 2012. In other words, the iPad’s strongest rival remains the iPad.

Read next: The Oatmeal Effect: Google searches on inventor Nikola Tesla double thanks to a comic