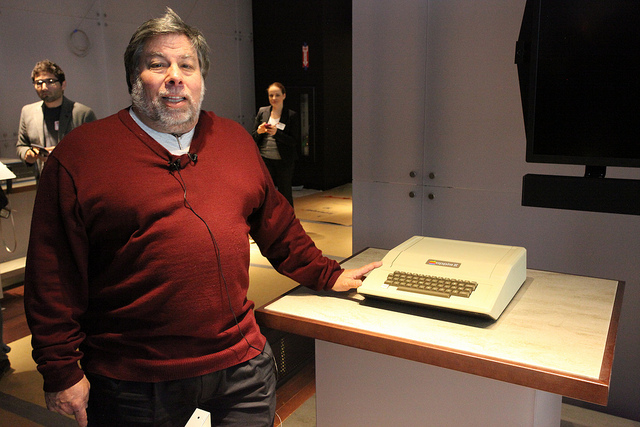 As technology giants Apple, Microsoft, Adobe and many others come under fire from Australian consumers and also its government over price discrimination in the country, Apple co-founder Steve Wozniak has branded the practice “horrible”, noting that companies “shouldn’t have boundaries between countries.”

Interviewed on Australian radio station ABC Radio Sydney, Wozniak was keen not to be drawn into a political discussion on the pricing on products in Australia. However, he noted that with companies now able to “ship anything anywhere in the world for almost nothing”, he would not favour large duties:

“The large duties in Australia I’m sure I would not favour. Maybe […] people are very happy and feel very well off because of the protections but I just think it’s horrible,” Wozniak said.

You can listen to Wozniak’s comments below:

An unlocked iPhone 4S costs $649 in the US and A$799 in Australia. When converted to its equivalent price in US dollars, an Australian iPhone will cost $803, a considerable $154 difference between the two countries.

The Australian government is already looking to crackdown on price discrimination on digital products, launching an inquiry that seeks to determine why consumers are forced to pay more for software, music and game downloads from companies including Apple, Microsoft and Adobe, than their overseas counterparts.

Each company will be asked to explain to Parliament why Australians are paying more for digital downloads, hoping that the publicity around the hearings will force prices to be lowered.

The Minister for Communications, Stephen Conroy, led calls for the investigation, writing a letter to Sydney MP Ed Husic stating: ”There is evidence to suggest that the innovative use of technology is not always matched with innovative new business models in the case of products and services distributed online.”

Apple and other device makers incur differing costs in the countries in which they sell their products, paying duties, taxes and additional fees to see devices stocked.

However, price discrepancies between the US and Australia have been known for quite some time, with Wozniak noting he learned that a car he purchased in the US cost triple in Australia.