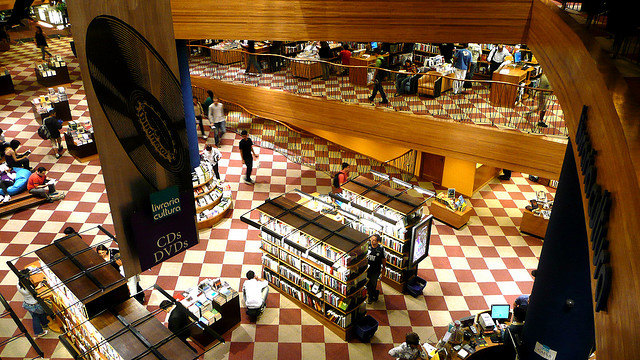 Apple has canceled its plans to launch its iBookStore in Brazil with prices in local currency, the national newspaper Folha reports [in Portuguese, for subscribers].

As we reported at the beginning of April, rumor had it that Apple’s iBookStore would become available in the country within 30 days. However, it hasn’t happened, despite initial confirmations from local publishers.

If Folha is to be believed, this supposed change of plans comes down to tax issues. Still, Apple isn’t entirely giving up on boosting e-book sales in the region; according to Folha, the company will launch a Latin American store before the end of the semester.

Prices in this upcoming iBookStore will be in dollars, Folha says. It won’t be a first for Apple – for instance, the apps, films and music it now distributes via the iTunes Store in Brazil are also priced in dollars. Yet, this means that users need to have an international credit card to make purchases, which still limits Apple’s potential reach across the region.