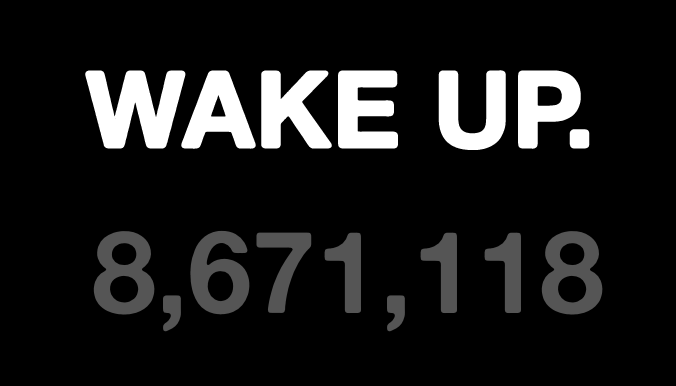 Samsung’s marketing machine appears to have gone into overdrive with reports that advertising agencies working on its behalf sent a bus full of protesters to the Apple Store in Sydney, Australia to tell customers to ‘Wake Up’.

We know that Samsung is readying the launch of its ‘Next Galaxy’ smartphone, which is due to be unveiled on May 3, but the company may also be working on creating buzz for the handset in Australia.

This campaign that takes aim at Apple (a company that is seeing its fair share of protests), showing a group dressed in black assemble outside Apple’s Sydney store, chanting “wake up” and holding placards decorated with the same message.

It just so happens that an Australian blogger was in the area, who — by pure coincidence — was inside the Apple Store at the time of the faux protest. This resulted in a YouTube video describing what happened, but it’s almost painful to listen to:

Australian marketing blog Mumbrella did some research and traced the campaign back to domestic creative agency Tongue. The company is behind the ‘Wake Up’ website, which counts down the number of seconds to a launch:

The JavaScript countdown is set to expire at 3pm on May 6, three days after Samung’s ‘Next Galaxy’ launch on May 3. This would suggest Australian’s will be seeing the new Galaxy S III handset hit on that date, 72 hours after it is unveiled in the UK.

The ‘Wake up.’ campaign has also seen the words written on the bottom of Bondi Ice Bergs pool, as well as on a series of billboards placed around town. There was also a site takeover on news.com.au over the Anzac day holiday.

Samsung recently unveiled the latest part of its ‘Next Galaxy’ countdown on its smartphone teaser site, launching a new video that highlights the fact the company’s new smartphone will help ‘you stand out from the crowd’. The message was displayed alongside a herd of sheep, providing yet another dig at Apple and iPhone owners.