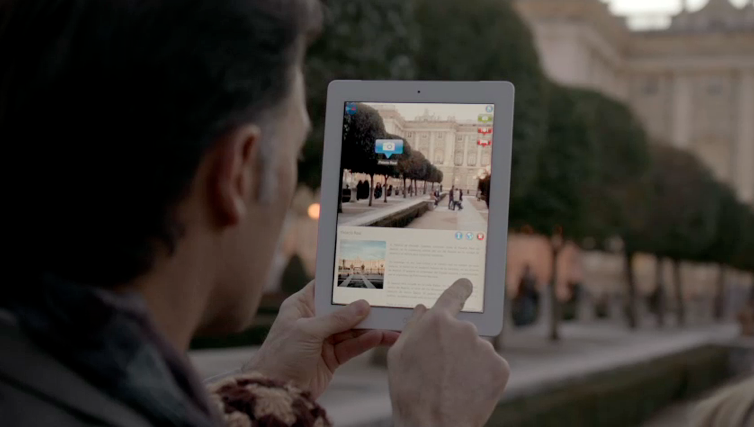 During the unveiling of the new iPad at the company’s San Francisco keynote yesterday, Apple’s Senior Vice President of Worldwide Marketing Phil Schiller was eager to point out the capabilities of Apple’s new A5X processor, comparing its graphics performance to one of its rivals — the Tegra 3 from Nvidia.

Describing the A5X as a “Graphics powerhouse,” Schiller utilised a graph to demonstrate how Apple’s new chip compared against the Tegra 3, boasting four times the graphics performance over its Nvidia counterpart.

It’s customary for Apple to compare and contrast features with rivals, using different metrics to highlight the strengths of their products, but the A5X/Tegra 3 comparison has piqued Nvidia’s interest — and the company is dying to give the chip a whirl to draw its own conclusions.

Ken Brown, a spokesperson for the company said that it was “certainly flattering” to have been the focus of Apple’s processor comparison, but said that as it doesn’t “have the benchmark information,” it won’t able to assess the claims made by the Cupertino-based technology giant, at least for now.

Brown added: “We have to understand what the application was that was used. Was it one or a variety of applications? What drivers were used? There are so many issues to get into with benchmark.”

They are the exact questions that many Apple commentators will be asking, but they aren’t likely to receive an explanation of how the company came up with those findings.

However, Nvidia has said it will purchase a new iPad and see for itself. “At some point it will become more clear what the performance really is,” said Brown. “For now, Apple has a really generic statement.”

Another point to note is the technical specifications of the A5X processor. Many believe it to be a quad-core processor, when in fact it is a dual-core System-on-Chip (SoC) processor with quad-core graphics capabilities.

You can read more on that, here.

Read next: UK broadcaster Channel 4 to launch a new catch-up channel based on what's being discussed online