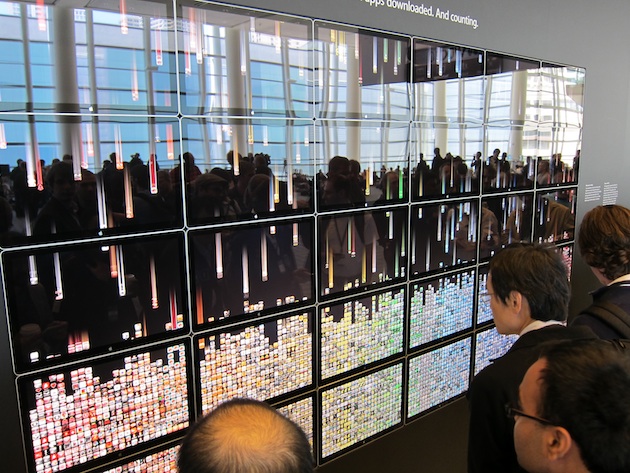 Apple has begun its countdown to the 25 billionth app downloaded from the App Store, and, as with previous milestones, is offering a prize for the person to grab it. This time around it’s a $10,000 App Store Gift Card, reports Macrumors.

Apple has run similar promotions like this in the bast, celebrating 10 billion App Store downloads a year ago and 10 billion iTunes Music Store downloads in 2010. There have also been markers at the 1B song and 100M song milestones.

Apple says it will monitor entries to make sure nobody is using any automatic downloading mechanisms, only 25 entries per day, per person, are permitted. So, get to downloading, just not too quickly.

Read next: HipChat to Apple: 'the new Messages logo looks a little…familiar'