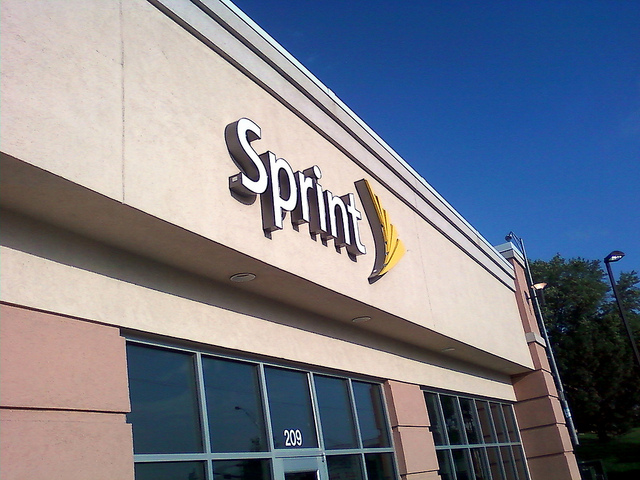 Sprint has posted its fourth quarter financial report, announcing a hefty $1.3 billion net loss, only to increase its operating revenues by the largest amount in five years to $8.72 billion.

With Sprint finally offering its first Apple device with the launch of the iPhone 4S, the third biggest US carrier sold 1.8 million iPhone handsets, 40% of which went to new subscribers. In comparison, Verizon Wireless sold 4.3 million iPhones in the last quarter and AT&T activated 7.6 million of the devices.

With figures now available from the top three mobile operators in the US, it allows us to see how AT&T, Verizon and Sprint affected worldwide iPhone sales. Between them, they sold 13.7 million iPhones, meaning that the US accounted for 36.9% (rounded to 37%) of Apple’s 37.04 million iPhone sales during its first fiscal quarter.

US mobile operator AT&T announced its fourth quarter financial results in January, declaring that it saw huge growth in mobile broadband sales and smartphone activations, with the iPhone accounting for 81% of all smartphones activated by the carrier.

AT&T activated 9.4 million smartphones in its last quarter, with Apple’s iPhone contributing 7.6 million of the activations. Despite the huge growth of Apple activations, it was also a record quarter for Android activations.

In comparison, Verizon activated 2.3 million 4G devices and 4.3 million iPhones, doubling from the third quarter’s 2 million, but even then AT&T still sold 77% more iPhones than Verizon in the last quarter.

All three carriers have reported losses based on the multi-year contracts they offer with the iPhone 4S in order to increase subscriptions. With two-year contracts proving popular, they might have to wait until 2014 until figures reflect these impressive iPhone sales.