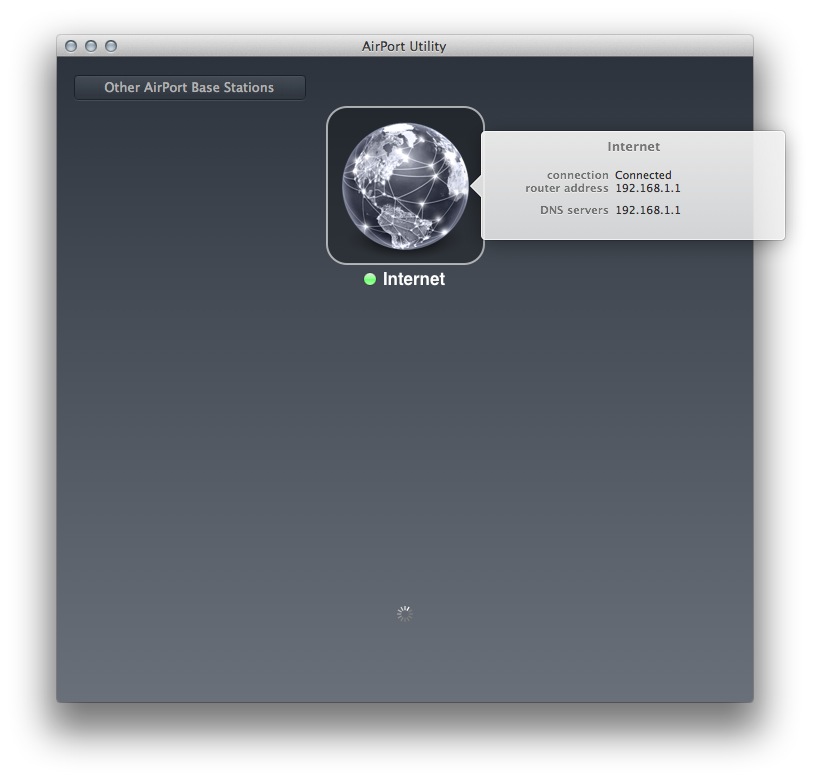 Apple has released version 6.0 of its AirPort Utility software for OS X Lion and it looks pretty fantastic. The newly polished edition of the tool for tweaking AirPort router settings carries over a lot of the stylings of the iOS version, released last October.

The utility gives you a visual map of your network that allows you to drill down and manipulate your various AirPort devices. It’s effectively a direct translation of the iOS app back to OS X, which is good because it’s really good.

Apple has also released the AirPort Base Station and Time Capsule Firmware Update 7.6.1. It fixes an “issue with wireless performance and provides support for remote access to an AirPort disk or a Time Capsule hard drive with an iCloud account.”

You can download AirPort Utility 6.0 here, directly from Apple. If you prefer to stick with the older-style interface, there is also a version 5.6 available which just has a Keychain bug fix.