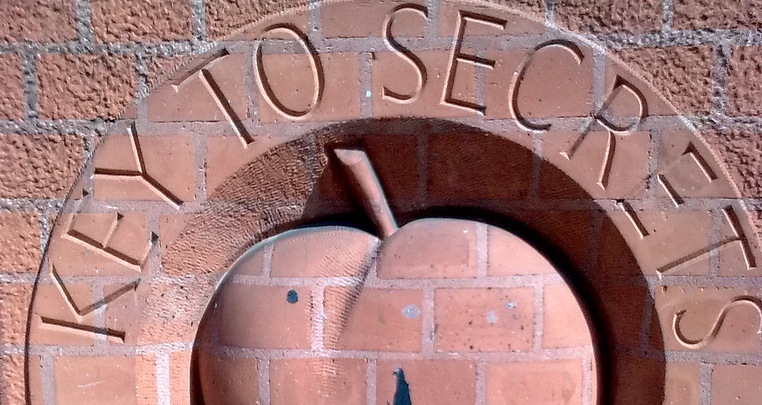 Many aspects of Apple’s product development process have long been shrouded in mystery. The process is discussed in a new book Inside Apple: How America’s Most Admired–and Secretive–Company Really Works, by Adam Lashinsky, which is out now. The book talks about a variety of different aspects of Apple as a company; its philosophy, its hiring process and its legendary secrecy.

But Apple’s product process has held a strong fascination for many over the years as it defies long-held conventions about how it should work for companies as large as it is. While some of these points have been revealed before, there is much here that is new to me. Lashinsky’s compact tome, which is fantastic, goes into detail on every aspect of the process and is well worth a read.

This is the framework on which every Apple product development process is hung:

Designers are treated like royalty at Apple, where the entire product conforms to their vision. This the polar opposite of the way it works at other companies. Instead of the design being beholden to the manufacturing, finance or manufacturing departments, these all conform to the will of the design department headed by Jony Ive.


Designers at Apple have literally no contact with the finance departments at all and are considered to be unlimited in terms of the costs or manufacturing practicality of the materials used. The Industrial Design studio is the womb of all Apple products. It is where they are first generated and it is only accessible to a small number of Apple employees including Jonathan Ive.

Once a new product has been decided on, a team is organized and segregated from the rest of the company by secrecy agreements and sometimes physical barriers. Sections of the building may be locked or cordoned off to make room for the teams working on a sensitive new project. This effectively creates a ‘start-up’ inside the company that is only responsible to the executive team, freeing them from the reporting structure of a big company.

Once the design of the product has begun, the ANPP is put into action. This is a document that sets out every step in the product development process of a product in detail. It’s not an original Apple concept but was first applied at the company during the development of the Macintosh. It maps out the stages of the creation, who is responsible for completion, who will work on each stage and when they will be completed.

Products are reviewed every Monday.

The ET (Executive Team) meets every Monday to go over every product that the company has in process. It is able to accomplish this because Apple has so few products in production at any given time. Any that do not get a review are rolled over to the next review Monday. This means that no product is ever more than two-weeks away from a key decision being made.

Once a product begins production, two responsible people are enlisted to bring it to fruition. The engineering program manager (EPM) and the global supply manager (GSM). The former has absolute control of the product process and is so powerful that it is referred to as the “EPM mafia”. Both of these positions are held by executives that spend most of their time in China overseeing the production process. The supply manager and program manager collaborate, but not without tension, always making decisions based on ‘what is best for the product’.

Once a product is done, it is designed, built and tested again.

At times there are leaks that display versions of a product like the iPhone that we never see released. Many times these leaks come from China, where a factory worker has been paid to hand off a prototype to a blogger or journalist. It turns out that once Apple is done building a product, it redesigns the product and sends it through the manufacturing process again, explaining the various versions we may see leaked. This is a 4-6 week process that ends with a gathering of responsible Apple employees at the factory.

The EPM then takes the beta device back to Cupertino for examination and comments, hopping right back on a plane to China to oversee the next iteration of the product. This means that many versions of any given device have been completed, not just partially prototyped. This is an insanely expensive way of building a new product, but it is the standard at Apple.

A room in the Marketing building is completely dedicated to device packaging. The security here is matched only by the sections of the building dedicated to new products and to design. At one point before a new iPod was launched there was an employee who spent hours every day for months simply opening the hundreds of box prototypes within in order to experience and refine the unboxing process.

Apple new product launch is controlled by the Rules of the Road.

An action plan for the product launch is generated, called the Rules of the Road. It’s a top secret document that lists every significant milestone of a product’s development up until launch. Each milestone is annotated with a DRI (directly responsible individual) that is in charge of making that item happen. Losing or revealing this document to the wrong people results in an immediate firing, as noted in the document itself.

As you can see from the breakdown, Apple often makes decisions that make the process more expensive and less efficient in order to produce a seriously better product. These are things that shouldn’t pay nearly the dividends they do, but consistently fail to disappoint. Many companies are too complex, or too hidebound in the traditional way of doing things, to take on many, if any, aspects of Apple’s process. Still, there is an alluring simplicity to Apple’s accountability schemes and its devotion to ‘good products first’. And there is, of course, the massive financial success of the company over the past 10 years.

This product development process is just a fraction of the information revealed in Lashinsky’s book, which is available today in a variety of formats. If you’re a student of Apple or of electronics manufacturing at large then it should be added to your reading list post-haste.

➤ Inside Apple: How America’s Most Admired–and Secretive–Company Really Works, by Adam Lashinsky

Read next: Watch this guy get rescued by his friends after being buried by an avalanche [video]