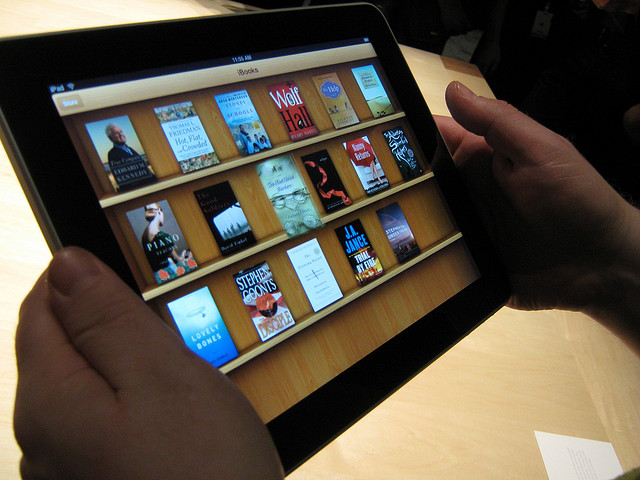 A law firm representing e-book purchasers has amended its class-action lawsuit to include fresh allegations of price-fixing and offers evidence from Walter Isaacson’s Steve Jobs biography to backup claims that Apple and five book publishers conspired to break Amazon’s dominance of the market.

In the release, Hagen Berman states that it had uncovered statements from executives at several publishers that “demonstrate they viewed Amazon as a significant threat to the long-term survival of their profitability.”

Consumers claim that publishers feared Amazon’s $9.99 pricing model so much that they conspired with Apple to force Amazon to adopt a new agency model in which publishers had more control over the prices that could be set, ending the Internet retail giant’s ability to price e-books competitively.

As a result of publisher actions, the cost of e-books rose by 30%, according to the legal complaint.

“The information we’ve included in this new filing shows the deep antagonism that publishers had toward Amazon for its consumer-friendly pricing,” said Hagens Berman managing partner Steve W. Berman, who is lead counsel in the case. “Since we began the action last August we’ve uncovered statements from executives at several publishers that demonstrate they viewed Amazon as a significant threat to the long-term survival of their profitability.”

Berman cites statements made by David Young Chairman and CEO of Hatchett Book Group USA, who told The New Yorker, “If it’s allowed to take hold in the consumer’s mind that a book is worth ten bucks, to my mind its game over for this business.”

The complaint also names Macmillan CEO John Sargent, who noted in a blog post that the market was previously “fundamentally unbalanced” but that thanks to the agency model, it would now be “stable and rational.”

Comments made by Steve Jobs for Walter Isaacson’s biography of the Apple co-founder are also included, including a passage where Jobs explains that “Amazon screwed it up,” and that Apple would then suggest amending the agency model.

Berman says the “most favored nation” clause in Apple’s agreements allowed it to sidestep competing on price, according to the complaint, suggesting that “Steve Jobs saw the publishers’ desperation and shrewdly coordinated a scheme that would benefit Apple and the publishers alike.”

The companies involved are also being investigated by the European Commission, with EU antitrust watchdogs set to probe Apple and five major publishers after allegations that the companies had worked together to restrict competition over the pricing and marketing on e-books.

“The Commission will in particular investigate whether these publishing groups and Apple have engaged in illegal agreements or practices that would have the object or the effect of restricting competition in Europe”.

Agreements between publishers and e-book retailers are to be investigated to see whether publishers worked to fix prices for their e-books, ensuring that retailers could take a cut of the profits – effectively squeezing smaller retailers. Apple, which operates its own iBookstore, will be investigated over the pricing of titles made available to iOS device owners.

Berman claims that the average price increase was more that 30% and 40% for new bestsellers, with references to the fact that some electronic versions of books now cost more than a printed copy.

Berman seeks damages for the purchasers of the e-books, an injunction against agency model pricing, the forfeiting of illegal profits received by the publishers (and Apple) — which could total tens of millions of dollars.

Read next: VisitBritain launches ‘Best of Britain’ Android app with Samsung, but with limited availability