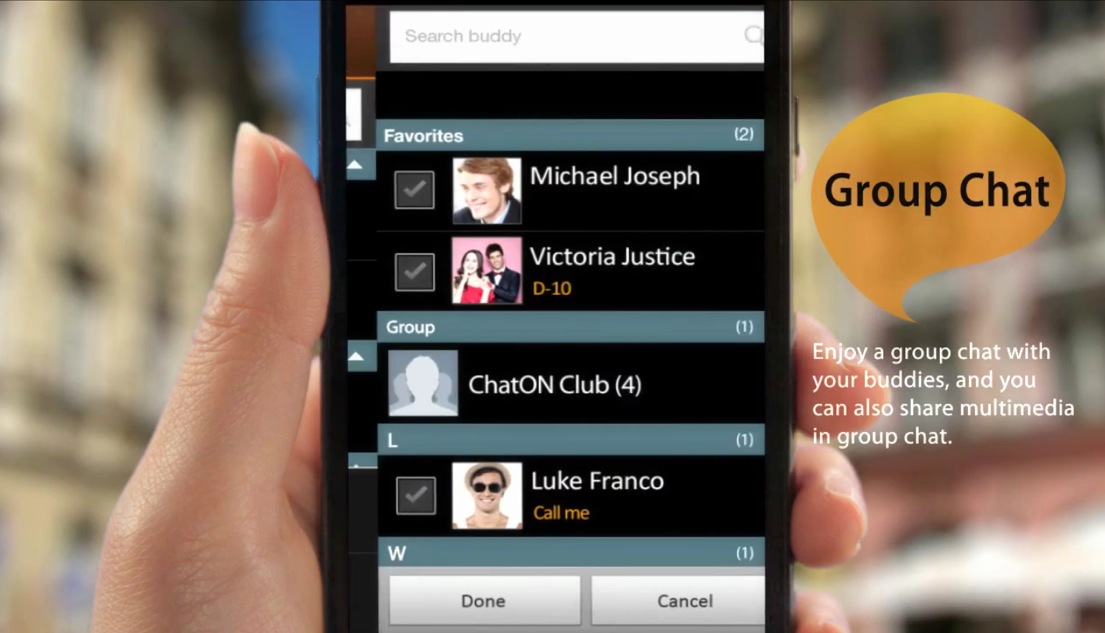 Samsung’s multi-platform instant messaging service ChatON has launched today on the App Store, allowing owners of Android, Bada (and soon other smartphones) to chat with their friends that own an iPhone, iPad or iPod touch and vice versa.

Samsung’s launch of ChatON on the App Store comes after it was made available on Android and Bada smartphones and the company has said that it will support BlackBerry and Windows Mobile soon. If that wasn’t enough, a web interface will also be developed in order to cover all Internet-connected mobile devices.

Considering the app’s popularity among Android owners, with between 100,000 and 500,000 installations, these users may request their friends and family to download the iOS app in order to send free messages using their mobile and wireless Internet connections. This would reduce the reliance on Apple’s iMessage, which currently only supports iOS devices.

Read next: Olly, the Internet-connected smelly robot, is now on Kickstarter