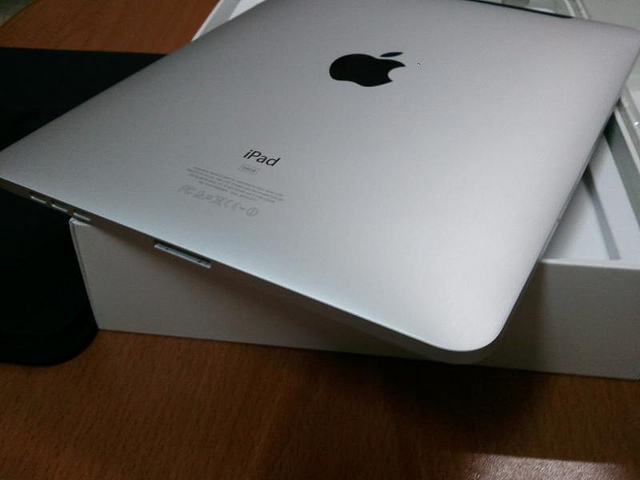 There’s a particularly interesting rumour coming out of Asia today suggesting that not only will deliver a new iPad early next year, it will introduce two new 9.7-inch models aimed at “the entry-level, mid-range and high-end market segments”, reports Digitimes.

The Asian technology publication, which blows hot and cold with its Apple supply-chain rumours, suggests that Apple will announce its next-generation iPad on January 26, 2012 at the iWorld event — an expo that you may know as Macworld.

Given the fact that Apple pulled out from Macworld events in 2009, a Macworld/iWorld announcement seems extremely unlikely but the company may have separate plans around that date.

Digitimes believes that Apple will reduce the price of its iPad 2 an price the device to compete directly with Amazon’s Kindle Fire:

The iPad 2 will be competing directly with Amazon’s kindle Fire in the price-sensitive market segment, while the new models will focus on the mid-range and high-end segments respectively, the sources said.

The problem with the Kindle Fire reference is that Apple’s iPad still stands on its own as a tablet and has proven to outperform and overwhelm the Amazon tablet, which is almost $200 cheaper than Apple’s lowest-priced iPad. Add in the fact that Digitimes has long reported that the Cupertino-based company has been preparing for production of a new 7.85-inch tablet (which has now been dropped), the report again must be treated with a heavy dose of scepticism.

Digitimes continues with its overview of the new iPad models, referencing new HD QXGA screens that use dual-LED light bars:

The upcoming iPad models will still feature 9.7-inch screens but come with QXGA resolution (1,536×2,048 pixels), the sources indicated. Dual-LED light bars are designed for the new iPads to strengthen the brightness of the panels, the sources added.

Sharp will be the major panel supplier for Apple’s next-generation iPad series, while Samsung Electronics and LG Display are also responsible for a part of the orders, the sources said. Minebea, from which Sharp sources backlight units (BLUs), has accordingly entered the supply chain for the new iPads, the sources pointed out.

Samsung is reported to be in line to manufacture Apple’s new quad-core A6 processors, which will be embedded in Apple’s next-generation iPads. The Korean electronics giant is said to be delivering a 5-megapixel camera sensor for one iPad model, with Sony’s 8-megapixel sensor (presumably the same as the iPhone 4S) linked with the other model.

To round off its report, the Asian trade publication says that Apple has contracted Simplo Technology and Dynapack International Technology to provide new high-capacity 14,000mAh batteries for the new iPads, doubling the battery in the company’s existing models.

The depth of the Digitimes report suggests the outlet has been able to secure new information from Apple’s supply chain, but we remain sceptical. Given the expected launch date, these iPads could well be in production — suggesting that if true, more information from suppliers and partners could become available soon.