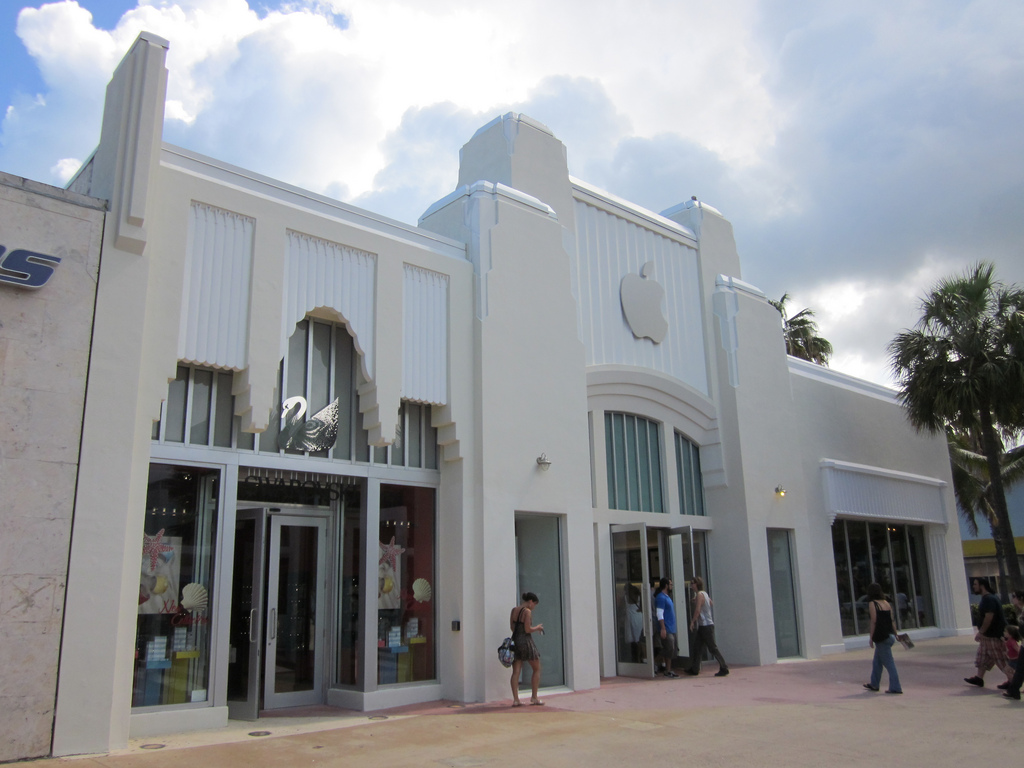 NBC Miami is reporting that plans to expand the too-small Apple store in Miami Beach are being blocked, thanks to preservationists who argue that the demolition needed to build a new glass-enclosed cube design store would hurt its historic roots.

Apple submitted its demolition proposal in June because it is simply running out of space at its current store. However, members of the Miami Beach preservation board says that the demolition needed to build the iconic Apple cube would demolish what people come to the city to see, its historic Art Deco designs.

When the board returned the application, it asked Apple to use parts of the old building instead of demolishing it, which caused the company to withdraw its build-out application in September.

Here’s what the current Miami Beach Apple store looks like:

Luckily, Apple won’t leave the city and plans to work with Miami Beach on a better way to grow the store and its business. Miami Beach Mayor Matti Bower said:

It was unfortunate what happened. I made the overture because they are good people to have in Miami Beach. They bring people here. I said I would help in any way to make them happy, and they assured me they’re going to stay.

As we know, Apple loves to incorporate its eye for design in buildings, with its “Spaceship” headquarters coming to Cupertino sometime in the future.

Read next: The battle for the future of social video