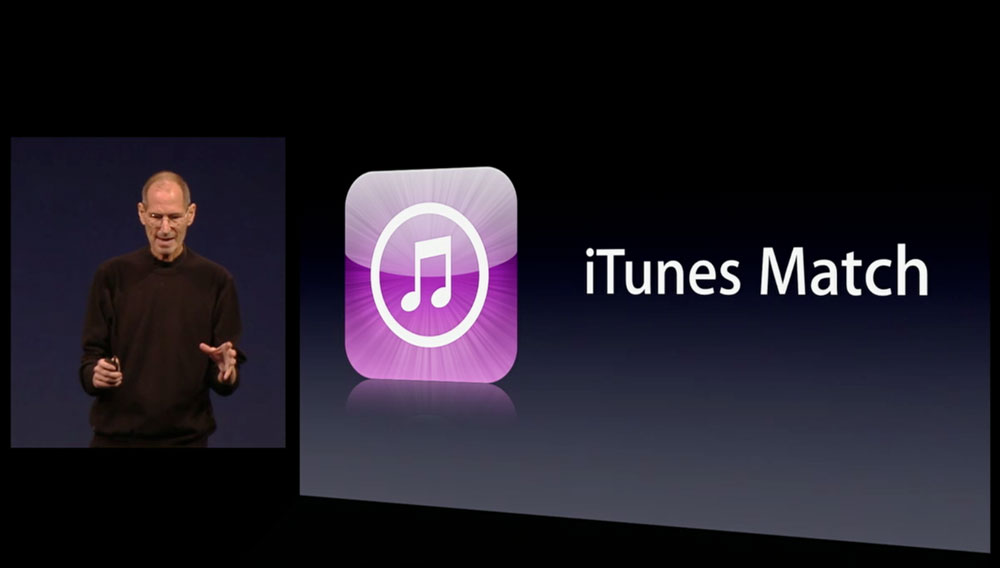 Could Brazil be the first country outside the US to get iTunes Match? This is what an apparent glitch seems to show. Uncovered by a reader of the Brazilian tech blog MacMagazine, this gaffe lets Brazilian users sign up for iTunes Match, even if the service isn’t officially available in their country.

We decided to check for ourselves with our Brazilian iTunes account, and indeed managed to access a full-blown iTunes Match welcome screen, integrally translated to Brazilian Portuguese: 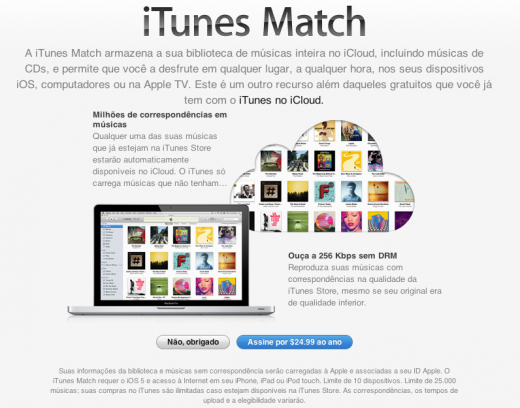 The service is advertised at a US$24.99 annual rate, and clicking to sign up gives us access to even more information, in the form of updated terms and conditions. While the T&C’s available on other sections of iTunes are dated June 21st 2010, the ones we accessed through iTunes Match’s landing page are from October 12th 2011.

Again, this legal document is fully written Brazilian Portuguese. In other words, this isn’t simply about accidentally accessing information about iTunes Match from another country. What it reveals is that Apple has been working behind the scenes on getting its music service ready for Brazil. 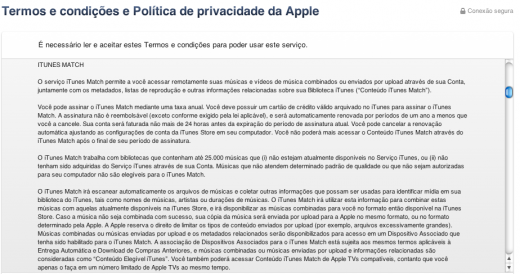 As a matter of fact, it seems that today’s glitch already lets users sign up for the service. While we didn’t go through with a transaction, MacMagazine did, and its journalist received a debit confirmation from his bank – as well as an email in Portuguese from Apple itself.

As we reported, the launch of iTunes’ Music Store is rumored to be imminent in Brazil. While December 8th was the date initially announced by some Brazilian media sources, Dec. 16th is now the focus of all attentions.

Although Apple hasn’t confirmed anything with regard to music, this day is the official launch date of the iPhone 4S in the country. Besides partnerships with local mobile operators, Apple’s latest smartphone will also be available in the Brazilian online Apple Store, where Brazilian customers will be able to buy unblocked devices.

In this context, December 16th could be an opportunity for additional announcements from Apple. While most observers seem to expect news on the music front, we wouldn’t be that surprised to see Apple add movies and TV to its offer; a careful read of its apparently new T&C’s for Brazil reveals mentions of content rental:

Rental is something Apple only offers when it comes to audiovisual content, hinting at a possible section for Films & TV Series. In other words, Netflix could soon have one more competitor in Brazil.

Read next: Screenshot of TextMate 2 alpha is the "most Tweeted" photo on Instagram today