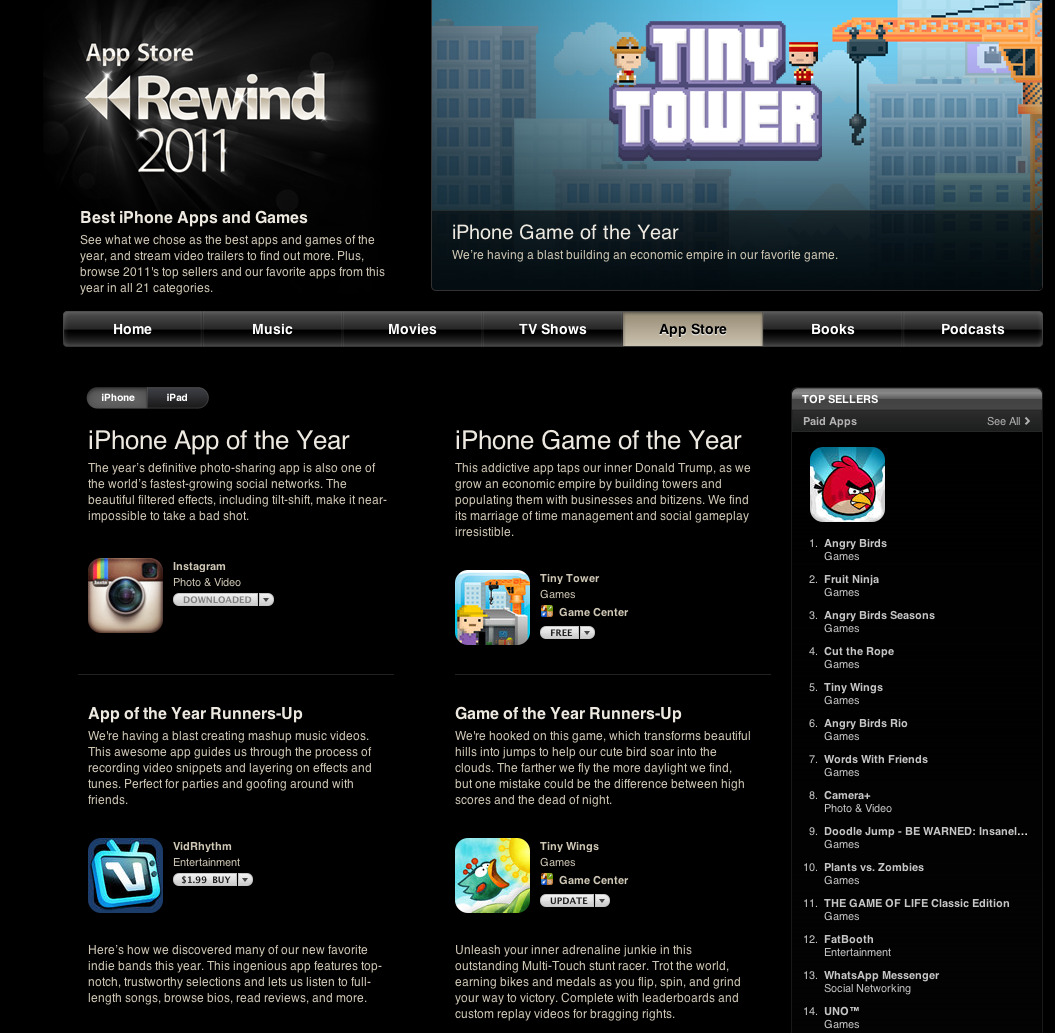 Apple has today posted its App Store Rewind 2011, which lists the top apps, games, movies, music, books and podcasts of the year. The section collates all of these top lists in one easy to browse section of the iTunes App Store, which you can see here.

The iPhone app of the year was Burbn’s photo sharing app Instagram, while the honors for the iPhone game of the year went to Tiny Tower. In iPad, Apple ranked Snapseed as the tops, with Dead Space for iPad coming in as its favorite game.

In the music category, Adele garnered the top spot for her album 21 and The Foo Fighters Wasting Light is album of the year. The song of the year was Foster the People’s school shooting lament Pumped Up Kicks. Breakthrough artist went to Nicki Minaj.

In Books, Apple board member Al Gore took the top spot with Our Choice: A Plan to Solve the Climate Crisis.

There are a bunch of selections in the movie category, for everything from best blockbuster, to best indie, comedy and romance. there are also a ton of sub-categories including most debated, reboot of the year and sweetest revenge.

There is plenty of pretty great stuff here, so I’d highly recommend checking out the section for yourself. Do you think that Apple did a good job making its picks? What would you have chosen as your app of the year.?

Read next: A new version of Twitter is coming, and you can get it now