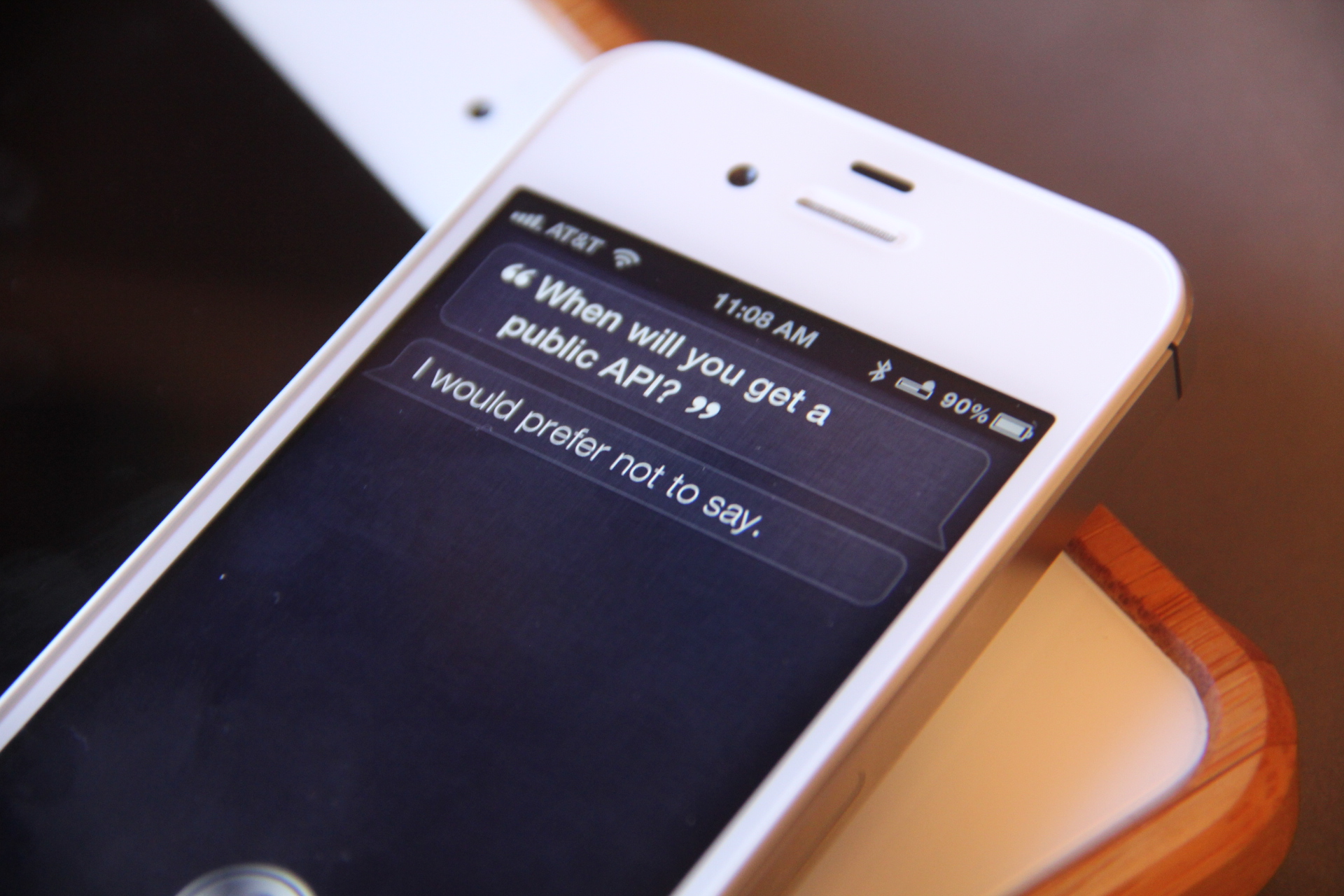 Apple has posted two job listings on its site for Siri UI Engineers, looking for developers with skill to work on the Siri conversation view. This isn’t huge news by itself, as its obvious that Siri is still being worked on, it does have a beta tag after all, something that Apple rarely does.

What is interesting is that — in the requirements for one of the positions — it specifically mentions the Siri API:

We are looking for an engineer to join the team that implements the UI for Siri. You will primarily be responsible for implementing the conversation view and its many different actions. This includes defining a system that enables a dialog to appear intuitive, a task that involves many subtle UI behaviors in a dynamic, complex system. You will have several clients of your code, so the ability to formulate and support a clear API is needed.

The indication here is that the API will have several clients accessing it. This appears to indicate that outside clients will have access to the API and that it needs to be friendly for them to use. Currently, Apple has deals with Wikipedia, Yelp and Wolfram Alpha in place that allow it to use their data, but it’s just a matter of time before a more widespread API becomes available.

As far as I’ve heard, that won’t be within the next year or so, but at some point, there will be an API. Developers are chomping at the bit to take advantage of it and Apple knows this. Access to the API externally would allow developers to take advantage of Siri’s voice detection engines, which raises licensing issues with Nuance. This isn’t a simple feat, by any means.

To throw a bit of cold water on this, the posting could absolutely refer to various teams inside Apple that need access to the API, but ‘clients’ isn’t a standard term for internal teams.

The second position also mentions the API, but the indications are slighter that it is for external use.

Read next: Nobody listens to the radio, here's a Top 40 for the Twitter age