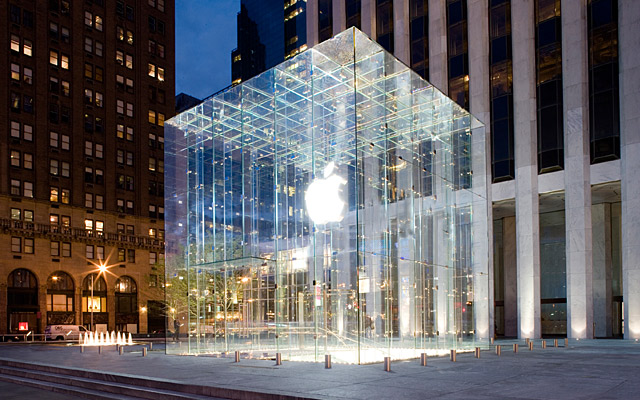 Apple’s Fifth Avenue store in New York has been closed to customers and its new design will be unveiled to the public at 10 AM tomorrow morning, according to a MacRumors report. The store’s glass cube has been hidden from public view for the past few months as it has undergone the redesign, but the store has remained open 24/7.

The company has put up the following notice on its official website for the Fifth Avenue store:

This photo of the covered cube was snapped today (picture via ElevatorView):

Apple has spent $6.5 million and several months on simplifying the structure of the cube. Where previously it used 90 glass panes in its construction, with 18 of them arranged in a grid to form each side of the cube, it will now use just 15, with three long panes bring up each wall. The resulting cube will look something like the artist rendering shown below (picture via The Gothamist):