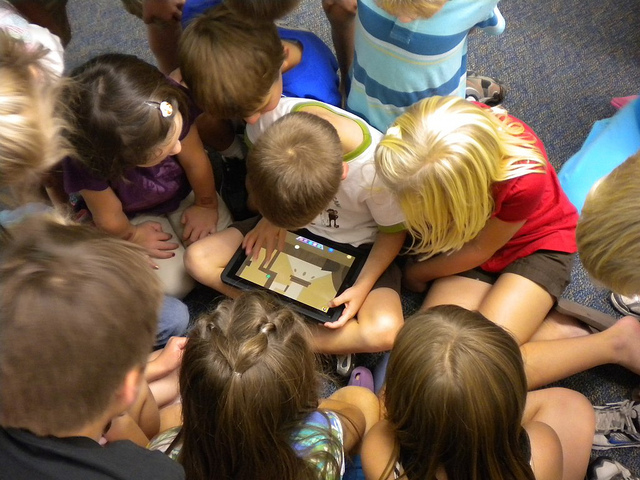 Update: It appears that Newsday incorrectly reported Apple had entered a joint-venture with the Zimbabwean government. The minister has since posted this clarification:

The press unfortunately have read too much into my comment. I need to stress that there is no agreement with Apple but we would like to use iPad technology and we are in discussions in this regard. Furthermore the “School box” concept is being run by the Institute of Art, Design and Technology (IADT) in Dublin.

Apple has agreed to enter a joint-venture with the Zimbabwean government to deliver solar-powered iPads to rural and remote schools, reducing the digital divide between rural and urban areas in the country.

Government Education, Sport, Arts and Culture minister David Coltart travelled to Europe to meet with Apple executives in Paris, working on a new ‘School Box’ which will use solar power and micro projectors to help bring iPad teach aids to some of Zimbabwe’s poorest schools.

Even the most basic of computers are hard to come by, reports NewsDay:

Most rural schools in Zimbabwe lack basic infrastructure and several computers donated by President Robert Mugabe as part of his rural computerisation programme have either been stolen or remained unused due to absence of electricity.

The minister posted news of the meeting on his Facebook page on Monday, notifying his followers of the progress he had made with Apple whilst in Paris:

“Great meeting with Apple today in Paris – unveiled a fascinating new “School Box” which will take iPads to the most remote rural schools – using solar power and micro projectors we will be able to bring computerised teaching aids to the poorest schools. I hope we will get the first pilot programmes started early next year. I am very excited that Zimbabwe is collaborating with Apple in this ground breaking use of technology to advance education in the most remote schools. If we can get it to work in Zimbabwe I am sure it will spread to poor schools throughout Africa – and beyond”.

Students will be able to use the iPad to write reports, research topics, read electronic books and use them to study. With the micro projector, iPads can be used to share presentations also.

The project could be the start of a sustained effort by Apple to bring computers to developing countries but supplying tablet devices that are portable, have good battery life and can be shared amongst a group of students.