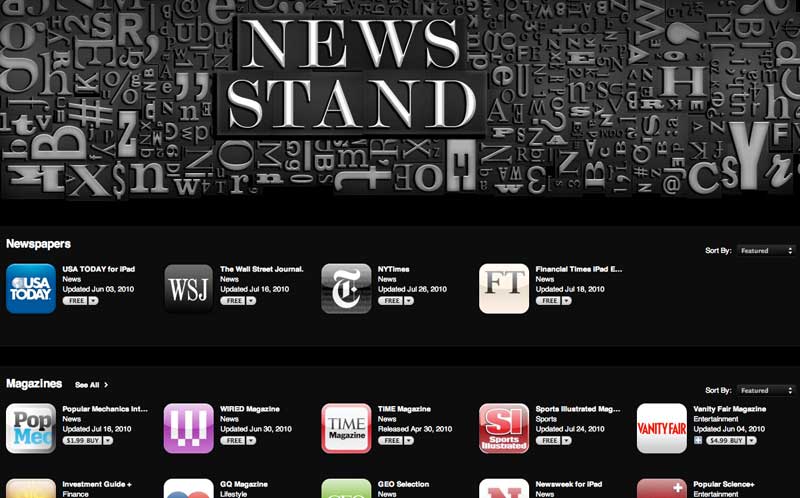 The Association of Online Publishers reports that Future Publishing, a UK company with over 50 titles available via Apple’s Newsstand platform and more than 55 print publications (also creating popular websites TechRadar, T3 and Gizmodo UK), launched a number of free, paid and premium publications on October 13, editions that surpassed more than two million downloads in 4 days. The boost in downloads saw consumers spending well in excess of their usual monthly amounts.

“Future had sold more digital editions in the past four days through Apple’s Newsstand than in a normal month. It’s clear that Newsstand creates an amazing opportunity for publishers – and I’m committed to continue driving our brands through this great new distribution channel.”

Apple’s Newsstand ships with Apple’s iOS 5 software and is a dedicated App Store portal for publishers wishing to sell digital publications to iPhone, iPad and iPod Touch owners directly on the device. The Newsstand application exists as a digital bookshelf on iOS devices, allowing users to subscribe to plenty of big names from the New York Times to National Geographic (and of course Future titles). Each publication shows up as a separate title in the virtual bookshelf.

The Newsstand icon has also received its fair share of praise, with it suggested that the design of the icon helps drive interest to the app and the titles inside.

Read next: What is a company?