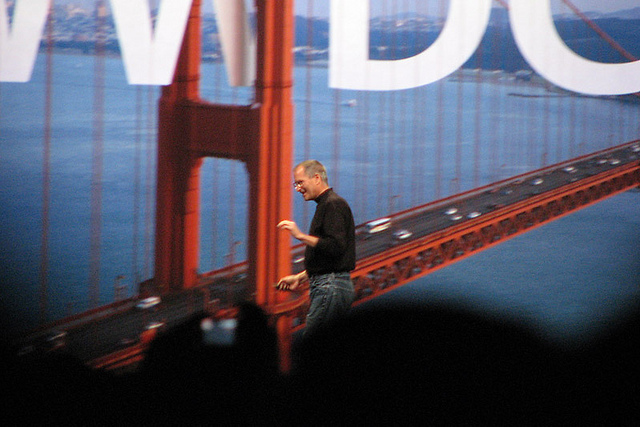 We have all been in mourning since the passing of former Apple CEO Steve Jobs this week, and we’ve read a lot of the tweets and thoughts everyone has had on the subject.

The Next Web has heard from several developers on the topic of how Steve Jobs affected their lives, career, and companies. Without iTunes and the App store, some of them may never have had the chance to succeed in the way that they have.

Without Steve Jobs, my startup would not exist. It’s as simple as that. Our private beta launches in two weeks. We’d be doing something completely different, if Steve Jobs hadn’t been such a visionary.

The iOS platform has proved to be a very successful one for developers, giving small teams of developers and creatives a new canvas to paint their mark on the world. Steve Jobs realized that experiencing something on a computer with a web browser simply wasn’t enough, you had the hold something in your hand and touch it to get the full experience. Companies have benefited from that vision in a big way. For example, Angry Birds continues to be amongst the top games on the App Store. It’s crazy to think that the game may never have seen the light of day if it weren’t for the platform that Steve Jobs thought up out of thin air with help from his friends and colleagues at Apple.

Bobby Ghoshal, founder of FLUD News, shares a very personal story about his interactions with Apple and Steve Jobs:

The day FLUD News launched its iPhone app last december, I emailed Steve and thanked him for his contribution to the app industry. I also asked him to check out the latest FLUD when he got a chance, the next day I got a call from Apple heads telling us that we were the number 1 featured app in the app store and that we were invited to meet with people from the app store team. It gave me goose bumps.

We’ve heard many stories like that, including my own, but one young developer stood out.

Tom Harris, InsiderApps’ 17-year-old founder and creator of the App “Tweet Now”, perhaps sums up best what Steve Jobs meant to developers with this:

I never really thought about it much before until today and it sort of hit me as a bit of an overwhelming moment, the fact that if Steve Jobs hadn’t been here to create the iPhone and therefore iOS as we know it today, then I and thousands of other developers wouldn’t have been able to create apps that help people. Me, personally, am just an indie 17-year-old dev who codes in my spare time, but the fact that I have had over 40,000 people download one of my apps to make their lives a little bit easier for a short moment, it just made me think how many people’s lives have been improved upon, thanks to Steve and his team at Apple, and how one person really can make a difference. Even for me, if out of the 40k downloads, if just a handful of people saved themselves a bit of money by using my app, then I’ve helped some people to be potentially be able to support their families in the future just by that little bit, and that’s the sort of thing that’s hard to come by, but it does make you feel really great inside and thankful for Steve’s visionary personality. RIP Steve, you’ll be missed by millions.

The show must go on, and as long as Apple is around there will always be “One More Thing…”.

With the help of developers, of course.

Are you an Apple Developer? Share your stories about Steve Jobs in the comments.

Read next: This week at Microsoft: Skype, Zune, and Xbox