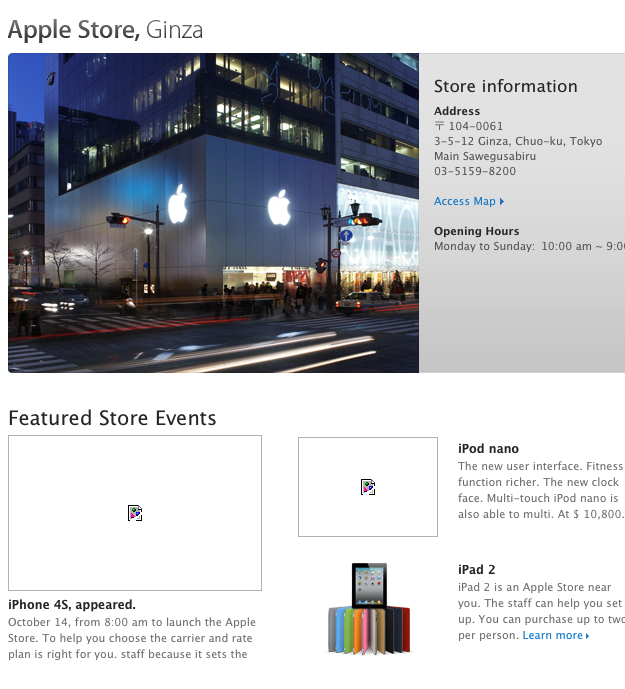 Apple’s store websites have jumped the gun on Apple’s announcement, posting images and an October 14th release date. The Japanese site has posted the release date on its site and there have also been images leaked that show an ‘iPhone 4’-like device with iOS 5 running on it.

The images were discovered by changing the URL’s of the White and Black iPhone 4 promotional images to add the ‘S’ after ‘iPhone4’.

This confirms the news that TNW has received that the iPhone 4S, not the iPhone 5 will be announced today and that it will be available on October 14th. The only uncertain factor here is whether the iPhone 4 will launch earlier in the US than it will in Japan. International launches have been known to be delayed from the US timing for some products.

Sources familiar with Apple’s plans told us earlier today that Apple will indeed debut the new iPhone 4S at its event and that it will feature an 8-megapixel camera with “enhanced optics” and “more definitive GPS features” thanks to Apple’s new A5 processor.

You can follow along with all of our coverage of Apple’s event here.

Read next: Sprint image appears on Apple's website, confirms it as an iPhone carrier