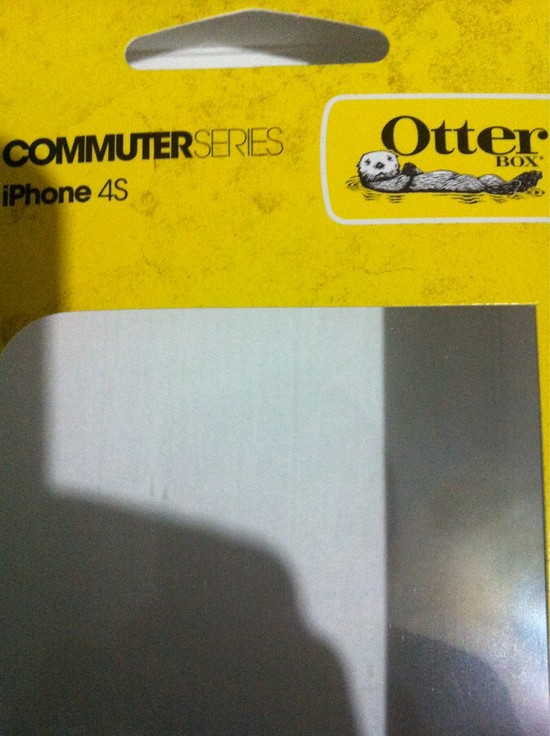 Otterbox case packaging for iPhones has surfaced that bears the name ‘iPhone 4S’, adding fuel to the rumors that the next iPhone will have that name. The images were posted by Will Strafach, also known as Chronic, the founder of the Chronic Dev Team hacking group. Updated below.

These case packages are for an Otterbox Commuter Series iPhone case and have ‘iPhone 4S’ printed on the box. There are several shots of the packaging and they don’t look as if they were manipulated in any way. This means that the name for Apple’s revamp of the iPhone 4 may very well end up being called this. The name originally surfaced from a rumor about the new N94 prototype that has been seen in the wild.

Strafach is known to have reliable sources when it comes to information about iPhones and upcoming Apple products.

This packaging design appears to be of a high quality, indicating that it is a final design. There have reportedly been millions of these manufactured, so this is not merely a test run. Otterbox is convinced, for whatever reason, that this is the final name of the next iPhone.

We have previously seen rumors of other shapes of iPhone cases that indicate a redesign for a new iPhone, but the images on the back of this case spell out a design that is very close to the same as the iPhone 4.

Much of the rumors surrounding a thinner, tapered looks began with hints at the design gathered by TiMN in April. We have since seen many iPhone 5 cases pop up although much of them seem to originate with the same illustration. Some other examples that we’ve seen have been largely of the flexible silicon type.

There are still many questions of course. This does not mean that there is only one iPhone model available, certainly Al Gore’s statements yesterday may refer to more than one model coming up. It is also hard to imagine that after nearly 18 months, we would be seeing a design that is essentially the same as the iPhone 4. Our instincts our pointing us to a redesign, so perhaps this is just the replacement for the current iPhone 4.

A report from All Things D pegged the date of Apple’s next event as October 4th so hopefully we’ll have some answers soon.

Read next: Facebook F8 - Here's everything you need to know