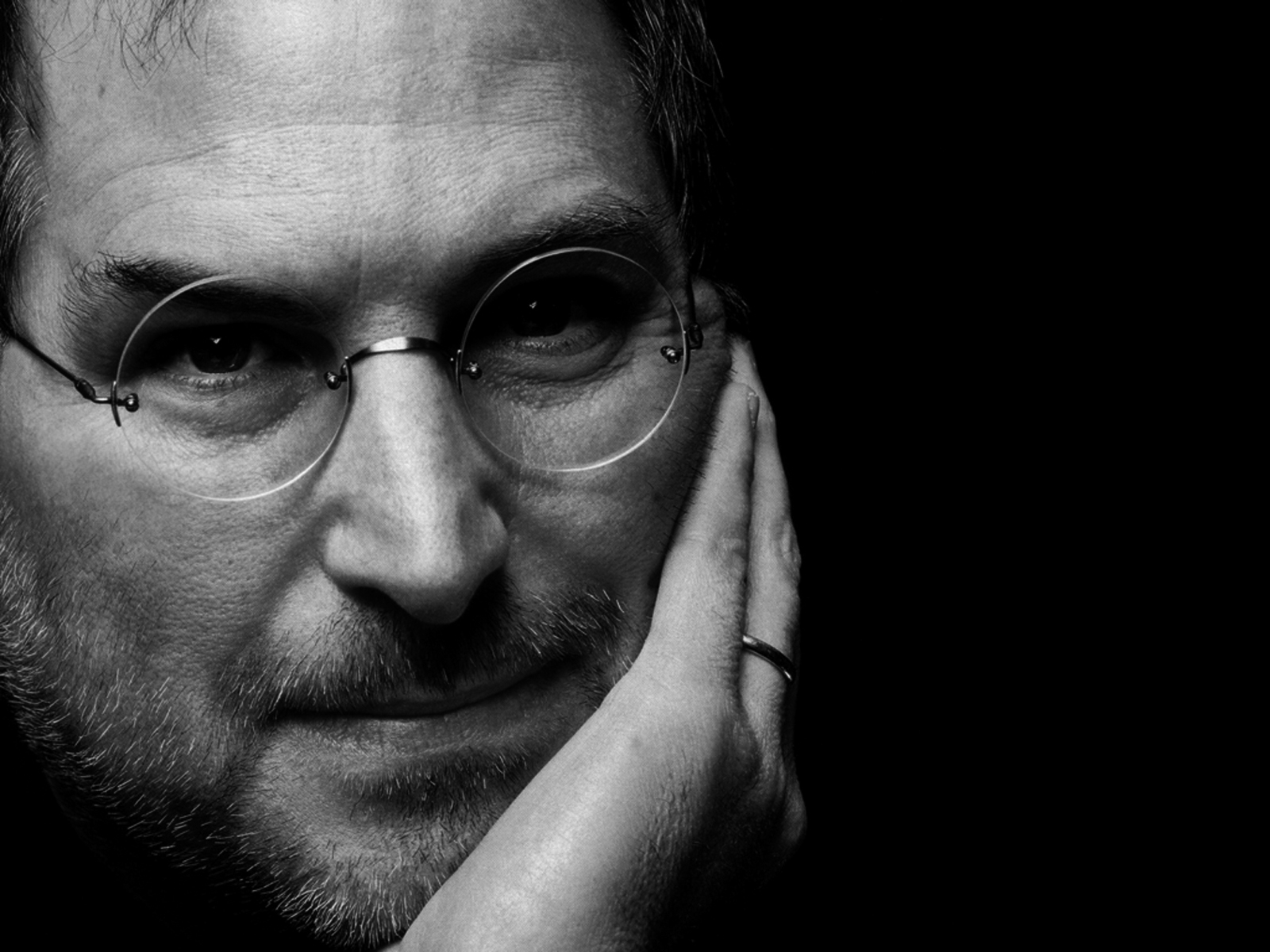 From 1984’s Macintosh computer to the game-changing iPad in 2010, Steve Jobs is perhaps the most visionary and innovative CEO of the past 30 years. His passion for blending technology with the humanities have illuminated both Apple and Pixar, undoubtedly two of the world’s most successful companies. And despite Steve Jobs’ worrying health and departure from Apple, the future of his companies looks stronger than ever.

When Steve Jobs announced his resignation on August 25, 2011, all eyes and ears wanted to know more. Expect a slew of biographies to hit the press this fall. One such book is I, Steve: Steve Jobs in His Own Words, which captures the thoughts of Jobs over his 35-year career, edited by George Beahm. From anxiety over the iPad debut to reaching Zen, the book, to be released this November, features more than 200 quotations from Steve Jobs on business, technology, innovation, and life in general sourced from hundreds of interviews with Jobs from Wired Magazine to Playboy as well as speeches and personal stories.

We pulled out our 20 favorite Steve Jobs quotes here, listed in chronological order, for your inspirational reading pleasure.

We’re gambling on our vision, and we would rather do that than make “me, too” products. Let some other companies do that. For us, it’s always the next dream.

That’s why I think death is the most wonderful invention of life. It purges the system of these old models that are obsolete. I think that’s one of Apple’s challenges, really. When two young people walk in with the next thing, are we going to embrace it and say this is fantastic? Are you going to be willing to drop our models, or are we going to explain it away? I think we’ll do better, because we’re completely aware of it and we make it a priority.

We attract a different type of person—a person who doesn’t want to wait five or ten years to have someone take a giant risk on him or her. Someone who really wants to get in a little over his head and make a little dent in the universe.

If you want to live your life in a creative way, as an artist, you have to not look back too much. You have to be willing to take whatever you’ve done and whoever you were and throw them away.

As you’ve pointed out I’ve helped with more computers in more schools than anybody else in the world and I’m absolutely convinced that is by no means the most important thing. The most important thing is a person. A person who incites and feeds your curiosity; and machines cannot do that in the same way that people can.

I think the artistry is in having an insight into what one sees around them. Generally putting things together in a way no one else has before and finding a way to express that to other people who don’t have that insight….

A lot of people in our industry haven’t had very diverse experiences. So they don’t have enough dots to connect, and they end up with very linear solutions without a broad perspective on the problem. The broader one’s understanding of the human experience, the better design we will have.

Ultimately, it comes down to taste. It comes down to trying to expose yourself to the best things that humans have done and then try to bring those things in to what you’re doing. Picasso had a saying: good artists copy, great artists steal. And we have always been shameless about stealing great ideas, and I think part of what made the Macintosh great was that the people working on it were musicians and poets and artists and zoologists and historians who also happened to be the best
computer scientists in the world.

People think focus means saying yes to the thing you’ve got to focus on. But that’s not what it means at all. It means saying no to the hundred other good ideas that there are. You have to pick carefully. I’m actually as proud of the things we haven’t done as the things I have done. Innovation is saying no to 1,000 things.

I told [Bill Gates] I believed every word of what I said but that I should never have said it in public. I wish him the best, I really do. I just think he and Microsoft are a bit narrow. He’d be a broader guy if he had dropped acid once or gone off to an ashram when he was younger.

One of my role models is Bob Dylan. As I grew up, I learned the lyrics to all his songs and watched him never stand still. If you look at the artists, if they get really good, it always occurs to them at some point that they can do this one thing for the rest of their lives, and they can be really successful to the outside world but not really be successful to themselves. That’s the moment that an artist really decides who he or she is. If they keep on risking failure, they’re still artists. Dylan and Picasso were always risking failure. This Apple thing is that way for me. I don’t want to fail, of course. But even though I didn’t know how bad things really were, I still had a lot to think about before I said yes. I had to consider the implications for Pixar, for my family, for my reputation. I decided that I didn’t really care, because this is what I want to do. If I try my best and fail, well, I’ve tried my best.

I’ve never believed that they’re separate. Leonardo da Vinci was a great artist and a great scientist. Michelangelo knew a tremendous amount about how to cut stone at the quarry. The finest dozen computer scientists I know are all musicians. Some are better than others, but they all consider that an important part of their life. I don’t believe that the best people in any of these fields see themselves as one branch of a forked tree. I just don’t see that. People bring these things together a lot. Dr. Land at Polaroid said, “I want Polaroid to stand at the intersection of art and science,” and I’ve never forgotten that. I think that that’s possible, and I think a lot of people have tried.

In most people’s vocabularies, design means veneer. It’s interior decorating. It’s the fabric of the curtains and the sofa. But to me, nothing could be further from the meaning of design. Design is the fundamental soul of a man-made creation that ends up expressing itself in successive outer layers of the product or service.

Reed College at that time offered perhaps the best calligraphy instruction in the country.… I decided to take a calligraphy class to learn how to do this.… It was beautiful, historical, artistically subtle in a way that science can’t capture, and I found it fascinating. None of this had even a hope of any practical application in my life. But ten years later, when we were designing the first Macintosh computer, it all came back to me.

All we are is our ideas, or people. That’s what keeps us going to work in the morning, to hang around these great bright people. I’ve always thought that recruiting is the heart and soul of what we do.

Let’s go invent tomorrow rather than worrying about what happened yesterday.

People say you have to have a lot of passion for what you’re doing and it’s totally true. And the reason is because it’s so hard that if you don’t, any rational person would give up. It’s really hard. And you have to do it over a sustained period of time. So if you don’t love it, if you’re not having fun doing it, you don’t really love it, you’re going to give up. And that’s what happens to most people, actually. If you really look at the ones that ended up being “successful” in the eyes of the society and the ones that didn’t, oftentimes it’s the ones [who] were successful loved what they did, so they could persevere when it got really tough. And the ones that didn’t love it quit because they’re sane, right? Who would want to put up with this stuff if you don’t love it? So it’s a lot of hard work and it’s a lot of worrying constantly and if you don’t love it, you’re going to fail.

My job is not to be easy on people. My job is to make them better.

It’s not about pop culture, and it’s not about fooling people, and it’s not about convincing people that they want something they don’t. We figure out what we want. And I think we’re pretty good at having the right discipline to think through whether a lot of other people are going to want it, too. That’s what we get paid to do. So you can’t go out and ask people, you know, what’s the next big [thing]? There’s a great quote by Henry Ford who said, “If I’d have asked my customers what they wanted, they would have told me ‘A faster horse.”

I actually started on the tablet first. I had this idea of being able to get rid of the keyboard, type on a multi-touch glass display. And I asked our folks, could we come up with a multi-touch display that I could rest my hands on, and actually type on. And about six months later, they called me in and showed me this prototype display. And it was amazing. This is in the early 2000s. And I gave it to one of our other, really brilliant UI [user interface] folks, and he called me back a few weeks later and he had inertial scrolling working and a few other things. I thought, My God, we could build a phone out of this. And I put the tablet project on the shelf, because the phone was more important. And we took the next several years, and did the iPhone.

Reprinted with permission from I, Steve: Steve Jobs In His Own Words, edited by George Beahm, Agate B2, 2011.