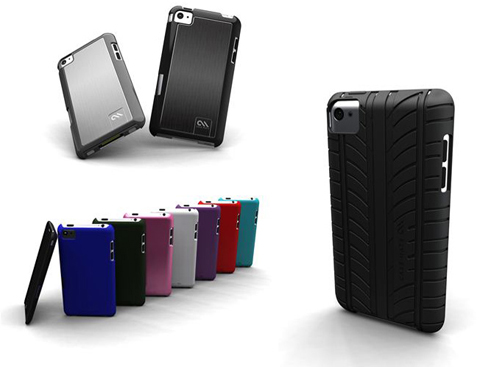 With us just weeks away from the iPhone 5 being announced, sources have said that Apple’s next-generation smartphone will sport a ‘fairly different design’, according to a source speaking to The New York Times‘ Nick Bilton. Another source, also an unnamed Apple employee, has given the publication a few more details about the upcoming device.

For one, the design might not be all that different from the leaked Case-Mate designs that have been flying around the net earlier today in what appears to be a publicity stunt by the case maker.

The new device will have an 8 megapixel camera, something that has been expected since Sony’s CEO Howard Stringer hinted at it earlier this year and that has been bolstered by supply chain reports. Another employee, said to be an Apple engineer, indicated that it would be a fairly different phone from the iPhone 4, including the internal parts, which would feature Apple’s new A5 processor, currently used in the iPad 2.

Many of the items here are simply affirmations of what most of us feel are true about the new iPhone. An upgraded processor was always a 100% surety, and the 8 megapixel camera has been a fixture of rumors for some time now. There has been talk about the new iPhone being of a similar design to the iPhone 4 as we have seen parts that are eerily similar to the design of the current iPhone being produced, but definitely different in construction.

The indications from this source seem to clarify the fact that the iPhone 5, specifically, will look different than the current iPhone 4. This would make these mystery parts a redesign of the current iPhone to increase profitability or lower costs. This fits in with the idea of last year’s model being offered at a much lower rate to drive business in the low end of the market.

Whether that price is low enough to make the phone a success in the large, and largely untapped by Apple, pre-paid market remains to be seen. Regardless, the mentions of a ‘fairly different’ design are encouraging for those of us hoping to see a fresh new take on the iPhone debut alongside such a lower-cost version of the iPhone 4.

Update: This piece has been clarified to indicate that two separate sources were involved. Both are Apple employees.

Read next: DEMO '11: Conferize will make conferences smarter for attendees and absentees