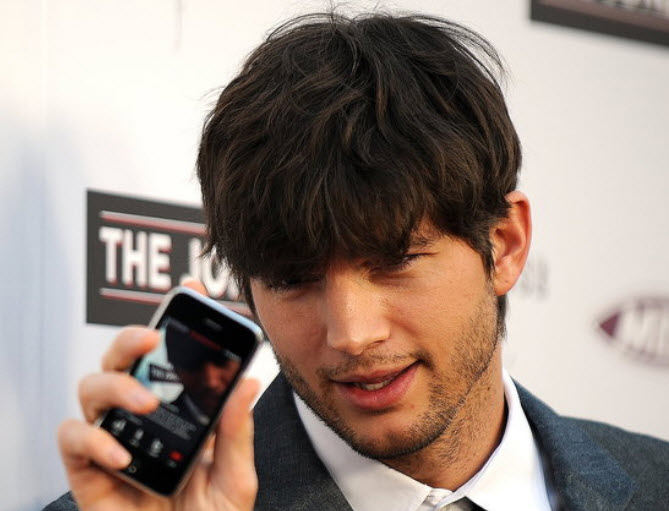 A recent interview with the cast of Two And A Half Men has revealed that Ashton Kutcher is quite influential with staff at Apple; so much so that the company internally refers to the Shortcuts feature in its upcoming iOS 5 firmware upgrade as “The Kutcher”.

We know Shortcuts as the iOS equivalent of TextExpander on the Mac, a tool that will recognise inputted strings of text and replace them with a pre-specified phrase or sentence.

Whilst it is not known quite how the company came to give the feature an Ashton Kutcher-related codename, TV Guide offers up the interesting snippet of information in its interview:

It’s Week 3 of work on the Two and a Half Men set, and Ashton Kutcher is still getting to know his costars. Conversation drifts toward mobile phones, and Kutcher reveals there’s a feature on the iPhone 5 that Apple internally calls “The Kutcher.”

What’s “The Kutcher”? “An in-mail editable text expander,” the actor explains. Jon Cryer and Angus T. Jones are dumbfounded. “Jon, how many times did we have this same conversation with Charlie?” jokes 17-year-old Jones. Cryer quips back: “All the time. He was always talking about the new spellcheck on the iPhone.”

Owners of an iPhone, iPad or iPod Touch will have to wait until Apple releases iOS 5 before they can get to grips with “The Kutcher”, but we wouldn’t be surprised if the man himself has been rocking the feature since it became available.

Read next: Facebook's revenue reportedly hits $1.6bn in first half of 2011