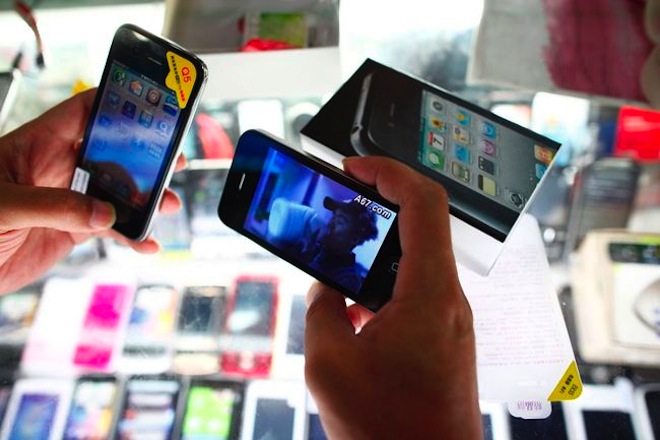 Apple organised a team headed by a former FBI special agent in 2008 to address the escalating problem of the manufacture and selling of knockoffs of its products in China, according to an electronic memo from the Beijing Embassy leaked by Wikileaks, as reported by CNN.

John Theriault, who now heads Apple’s global security unit, has previously had success in cracking down on the manufacture of counterfeit Viagra in Asia as Pfiezer’s security chief. The former FBI special agent is assisted by the director of Apple’s security team in Hong Kong, Don Shruhan, who also worked for him at Pfiezer.

Shruhan, who has had five years of experience planning raids on counterfeit drug rings in China, told the Beijing Embassy official that Apple’s lawyers were ill-equipped to deal with Chinese authorities in trying to counter the amount of knockoff Apple products being sold in the country and exported to neighbouring India.

Apple’s early plans involved executing low-profile raids on retails outlets and street vendors hawking counterfeit Apple products and then moving on to manufacturing facilities of said goods, executing raids with the help of Chinese police. It then planned to move on to online resellers, much in the same way that Pfizer successfully executed its own strategy.

However, unlike Pfizer, the company has had little co-operation from Chinese authorities, who apparently do not place gadget piracy on the same level as the illicit production of drugs. The government in 2009 refused to investigate a manufacturing facility on the allegation of producing knockoff Apple products because it would threaten local jobs and declined to raid a mall, fearing that it would drive away shoppers.

The sheer volume of Apple-related counterfeiting going on in China was brought to the fore in July this year when the international media got word of the existence of knockoff Apple Stores in the country. The furore created over this discovery lead to the shuttering of several such stores by Chinese authorities due to the lack of proper licensing.

Read next: New social media search tool, Proliphiq, is powered by the people