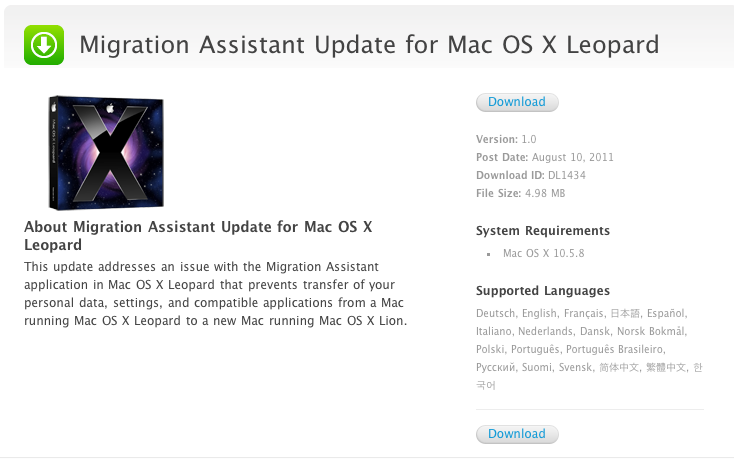 Apple has today released an updated version of the Migration Assistant tool for users of Mac OS X Leopard that are looking to upgrade to OS X Lion. The update fixes an issue that prevented transfer of personal data, settings and applications that are still compatible with OS X Lion.

The Migration Asssistant will warn users of applications that require Rosetta, Apple’s translation engine that allows apps that only run on a PowerPC processor to run on Intel chips. These apps are no longer compatible with Lion, which does not have Rosetta.

The Migration Assistant tool has been around since 2005’s Mac OS X Tiger and allows users to migrate settings and data from older Macs to new ones. This update comes two days after Apple released its Lion Recovery Disk Assistant app, which allows users to create a recovery disk for OS X Lion on any removable USB drive or USB-enabled hard drive.