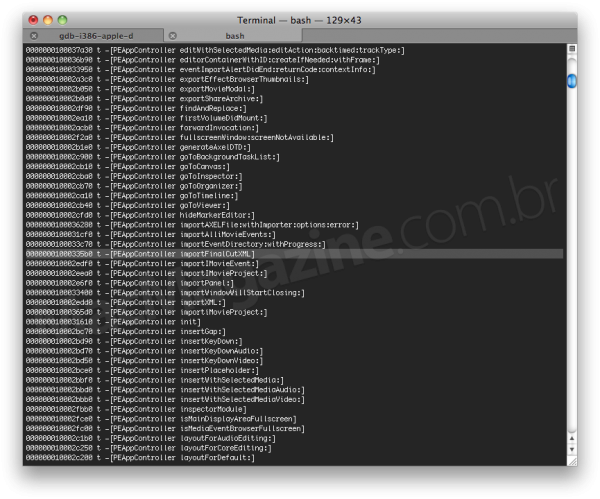 It turns out that one of the most talked about omissions of Final Cut Pro X, the ability to import Final Cut Pro 7 projects, is already at least partially coded into the release, it’s just not enabled yet. MacMagazine.br has been poking around inside FCPX and has discovered code that enables FCP7 importing, reports 9to5Mac.

The code, while present in FCPX, is not yet enabled in the shipping version. This means that turning it on could be enabled by a simple patch that wouldn’t require extensive changes to the application.

This begs the question as to why it is not enabled in the first release. Although there are many missing features that editing professionals have been vociferous about. importing old projects is easily one of the biggest. There is always the possibility that, while the code is there, it’s not working properly, or that it requires additional testing. But if that is the case then there was no reason to include the code with the first release.

Apple has a long history of releasing, then refining, products after their initial release, but FCPX has been decried as a relatively large misstep for the company. Its lack of many core features, like importing, has led even dedicated fans of the app to declare their disappointment and threaten to abandon it entirely if Apple doesn’t release patches to replace the missing features soon.

Apple has already shown a willingness to offer refunds to customers disappointed in Final Cut Pro X, lets hope that they’re willing to offer updates just as readily. If you’re interested, MacMagazine.br has some instructions that enable the import window, although they haven’t been able to actually get the feature to work.