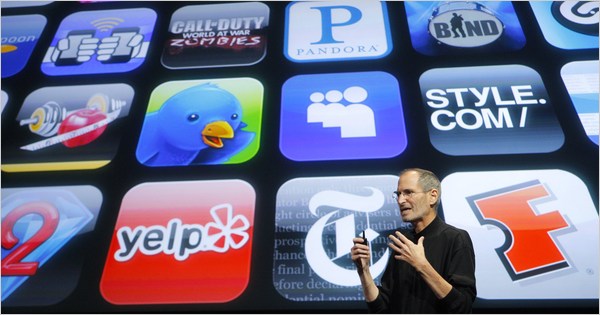 If figures collated by AppShopper are to be believed, Apple’s App Store passed 400,000 active apps in early June, achieving the milestone in just under three years from when the marketplace was introduced.

At the time of writing, the App Store stands at 401,437 applications, although 507,284 have been approved since launch. The online marketplace has continued to thrive as the iPhone 4, iPad and iPod continue to sell in their millions and developers endeavour to create the next big hit.

Other app metrics website have pegged the App Store at different totals; 148apps.biz has a record of 398,845 applications, whereas Mobclix reports 412,873 available downloads. The store took seven months to add an additional 100,000 apps.

With all three websites reporting app counts around the 400,000 figure, Apple could well include a mention of the milestone at its WWDC event, starting Monday. With the event being software-specific, introducing iOS 5, Mac OS X Lion and the company’s new iCloud service, passing 400,000 apps couldn’t have come at a better time.