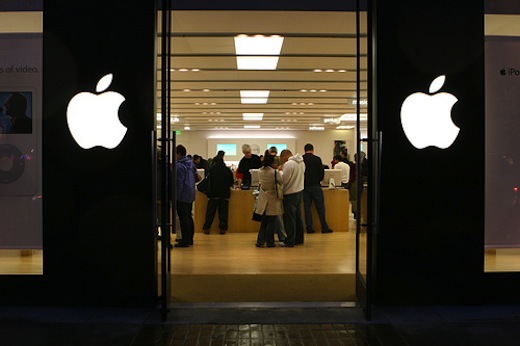 This year sees Apple celebrate ten years in retail, a milestone that has seen the company overhaul the way it advertises its products in store.

However, if you go back behind the public storefront, Apple has introduced a new set of posters in staff areas in numerous Apple Stores, telling the story of the company’s ten years in retail, describing the ups and the downs, the highs and the lows.

In 1,812 words and 125 sentences, Apple thanks its customers, reveals subtle facts about its stores (its Paris store required 500,000 tiles in its restoration), highlights mistakes – like when it opened a store on Tyson’s Corner and found out that within 30 minutes of the store opening that the stainless steel surfaces needed polishing – finishing with the suggestion that ten years is just the start.

Some other interesting points that we found include:

We have embedded a PDF recreation of the poster below so that you can read the whole thing in the way it should:

Read next: Ecosia is a greener way to search the Web, and feel good about yourself