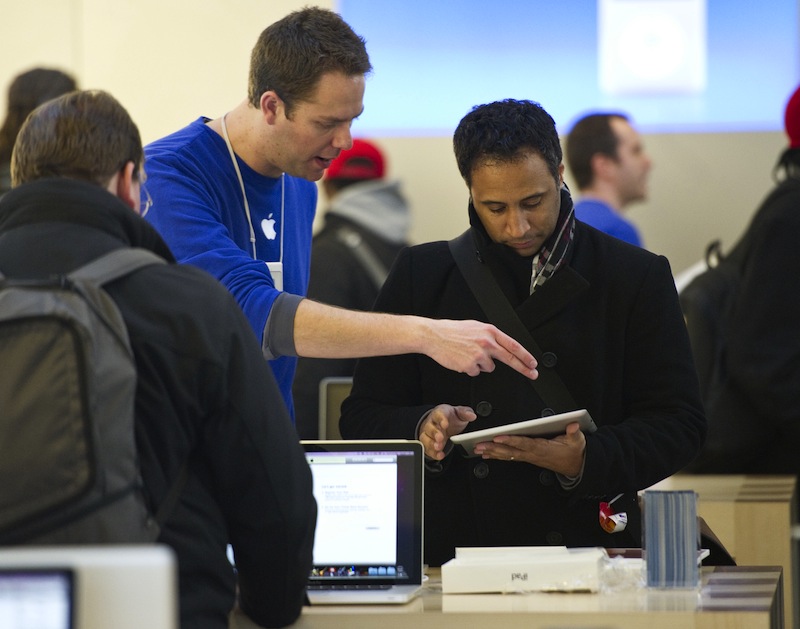 Apple Store employees will soon process an order for the latest Macbook or iOS product using iPads outfitted with specialist commerce software, possibly dropping support for the iPod Touch in the process, AppleInsider has revealed.

The Apple-centric website has learned that Apple Stores across the US have been receiving large orders of iPad 2 units with magnetic Smart Covers which are being prepared for use by employees, which training on such units starting as soon as this weekend.

It is thought that each store will receive around 40 iPads for each 100 specialists working at their location, enough to cover the number of people on-duty each day. The uptake of iPads could see support for the iPod Touch EasyPay terminal dropped, with the larger form factor helping customers to sign to authorise a purchase.

If iPads are to replace the EasyPay terminal, Apple’s new “RetailMe” software could be set to replace it. The company has reportedly worked on an iPad-ready proprietary in-house communications client which, according to AppleInsider, offers information about products and training videos for retail employees.

To back up its claim, AppleInsider reveals a photo of stacks of iPad 2 units stockpiled in the back of a retail location: