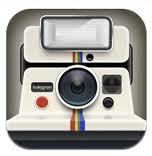 If you’re an Android user that has a large library of iTunes songs then you’re probably familiar with doubleTwist. Dubbed ‘iTunes for Android’ it allows Android users to stream iTunes playlists, videos and photos wirelessly. Now doubleTwist has added support for Apple’s open AirPlay API and is offering the ability to stream to Apple TV and other AirPlay devices.

The doubleTwist app is free but the upgrade to support the AirSync feature is $5. In addition to streaming to the Apple TV it will also allow you to play your music back on other UPnP and DLNA devices like the PS3, Xbox 360 and many media servers.

For current users of doubleTwist, simply tap on the AirSync icon to upgrade and pair your phone with your computer. The AirSync feature also works with the doubleTwist desktop software that you can snag here.

I welcome the addition of Android to the AirPlay family, I hope to see more devices able to stream to AirPlay devices in the future. Now if only we could see the Face Time protocol get released and spread around this way.

Read next: Everything you need to know about Facebook’s EdgeRank