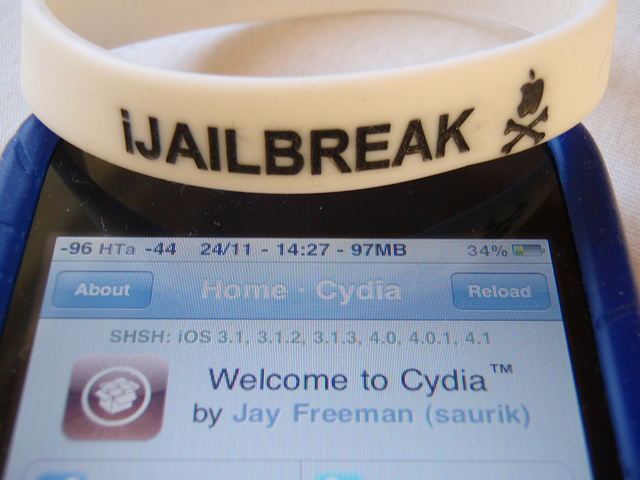 Toyota, one of the world’s largest car manufacturers, has taken to alternative iOS app-store and software repository Cydia to run a series of adverts and offer a sponsored theme, becoming one of the first major corporations to target members of the jailbreak scene.

The move was spurred by the Federal Government’s decision to make jailbreaking legal, allowing millions of iPhone and iPad owners to remove restrictions placed on their device but also giving companies a dedicated route by which they could start to engage with the jailbreak community.

Cydia’s creator Saurik estimates that around 9% of iOS users jailbreaking their devices, with 1.5 million unique users access Cydia daily. Topping 5 million users each week, it is thought that up to 15 million Apple devices have been jailbroken.

Acknowledging the growth of the community, Toyota has started to begin marketing on the app marketplace, designing a custom iPhone theme specifically for jailbroken devices, choosing to run a campaign with ModMyi.com, which sees them host the theme but also run ads on their website.

Toyota’s campaign sees it advertise its new Scion range, users simply need to search for Scion 2011 Theme in Cydia to download it. The company has also taken out ad spots within Cydia to promote its campaign.

Nissan, one of Toyota’s major rivals, became one of the first corporations to utilise Apple’s iAd platform, running a campaign for the Nissan Leaf. The company and its advert were even featured by Apple CEO Steve Jobs during one of his keynotes. Whilst Cydia might not have the visibility of Apple’s iAd platform, users are more educated on how to use their devices and marketing budgets are going to be somewhat lower than advertising directly with Apple.

The Cupertino-based company will not be happy with advertising dollars lining the pockets of third-party developers, particularly if it encourages other major brands to begin targeting the jailbreak community. It would be interesting to see if results proved favourable for Toyota, we have contacted them for comment and will update should we receive a reply.

Read next: Indian Mobile Subscribers Unwilling to Cruise into the World of 3G