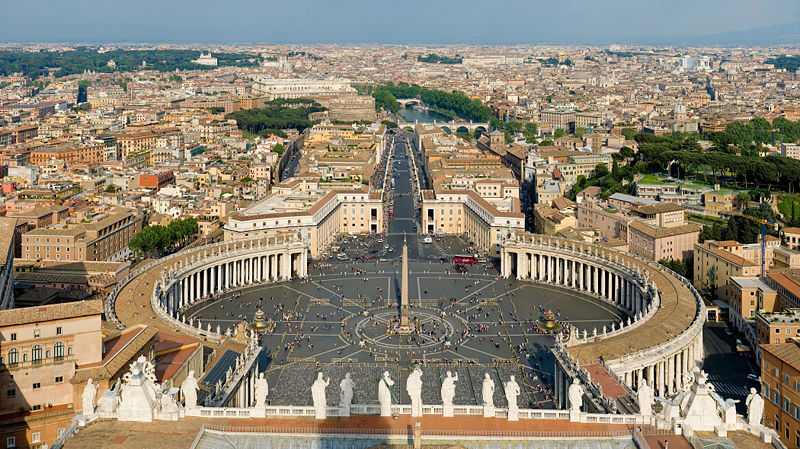 Confidential insiders have just left a press conference in Vatican City hosted by Cardinal Vincente Soliomente and the Apple Press Corp to announce the opening of the Vatican City Apple Store.

All those rumors started and rather than deny them, they were allowed to perpetuate to let work go on without interruption.

Many questioned when ABC News announced the Catholic Church was releasing Confession: A Roman Catholic App, available through iTunes for $1.99. The Confession app has a majority of 5 star ratings but initially came under mixed reviews when parishioners questioned the seriousness of such an effort.  They are very serious indeed; since the initial iPhone release, the iPad version of Confession: A Roman Catholic App has become available and is available for $1.99 in iTunes.

Soon other iPhone and iPad apps became available in iTunes such as the Catholic Handbook and the Virtual Rosary. (I am a doubting Thomas, I had to click on the links to verify authenticity.)

Additionally other news outlets covered The Catholic Church’s effort to get closer to its following this millenium.

Although sales were somewhat brisk during the first week of release, numbers have been steadily going down.  This is not uncommon for the first version of the product and does not deter their enthusiasm for interactive design and development.

In April 2010, Zenit published the number of Catholics are on the rise and currently there are over a Billion (with a “b”) Roman Catholics in the world.  Zenit.org, based in Vatican City,  is a publishing house has released a new edition of the Statistical Yearbook of the Church, comprising information from 2000 to 2008, including that the number of Catholics in the world is now 1.16 billion.

The Church has changed after Vatican II:

The Second Vatican Council (1962-65), initiated by Pope John XXIII, became one of the major influences on the Catholic Church in the second half of the 20th century. It intended to engage the Church more closely with the present world (aggiornamento), which was described by its advocates as an “opening of the windows”.

Proponents of the Spirit of Vatican II such as Swiss theologian Hans Küng claimed Vatican II had “not gone far enough”. In 1978, Pope John Paul II, formerly archbishop of Cracow in then-Communist Poland, became the first non-Italian Pope in 455 years. His 27-year pontificate was one of the longest in history. Mikhail Gorbachev, the last premier of the Soviet Union, credited the Polish pope with hastening the fall of Communism in Europe.

This seems to just be the beginning for the Catholic Church moving forward.

“We are very pleased that Signore Estaban Jobs is placing the new Apple Store in Vatican City. The Vatican is excited we are going to have all these great products available, such as the the Mass app for the iPad. Parishioners can take part of the ceremony and bring something home with them “

We will keep close tabs on the events as they transpire and cover the store opening as per usual on TNW Apple.