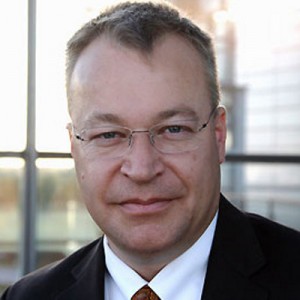 Amid huge public pressure to take action, Apple appears to have removed the controversial iPhone and iPad application from Exodus International which intended to help individuals with “same-sex attraction” attain “sexual holiness”.

Over 146,000 people signed a petition willing Apple to remove the Exodus International “gay cure” app, released by the Christian group of the same name that labels itself as the “the world’s largest worldwide ministry to those struggling with unwanted same-sex attraction.”

Apple’s decision to allow the app onto the App Store on February 15 has surprised many, especially considering the strict rules and regulations that the company employs to ensure offensive or adult iPhone and iPad apps are not made available on its marketplace. Apple had marked the app with a “4+” rating, meaning that the company had ruled that the application contained no questionable or offensive content.

As well as a public petition posted to the Change.org website last week, protestors also took to Twitter to raise awareness. PFLAG National (Parents, Families and Friends of Lesbians and Gays) also sent an open letter to Apple CEO Steve Jobs, calling for the removal of the app:

The mission of Exodus International – to help LGBT people see that they can “choose” to not be LGBT – is harmful. Such efforts have been condemned by every respected medical and psychological group in this country as explicitly dangerous and harmful to both physical and mental health. As such, promoting Exodus’ mission through the Exodus International app will expose the LGBT population to potential harm or violence.

It’s official, the @ExodusInl App is no longer in the @AppStore. Incredibly disappointing. Watch out, it could happen to you. #freedom

If an iPhone or iPad user tries to search for the Exodus International app, it no longer appears in search results. Apple has not been available to comment on why the app was removed.

It’s not the first time Apple has been called upon to act on a potentially offensive application, nor will it be the last. With the company employing strict policies against browser apps and other criminal applications, it’s left many perplexed as to why it was approved in the first place.

Read next: Firefox 4 Surpasses 5 Million Downloads In Under 24 Hours