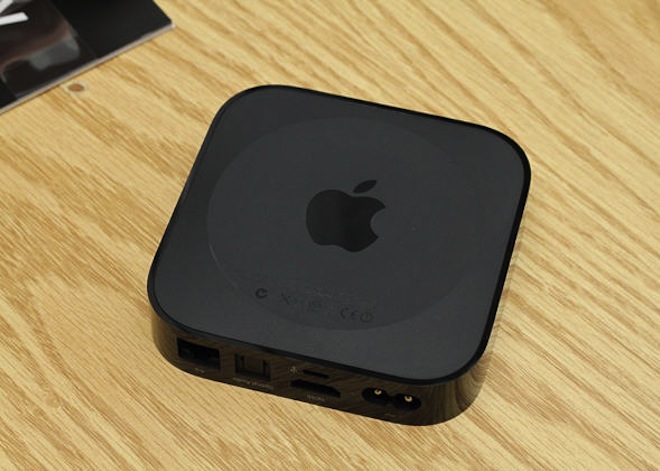 The success of gaming on Apple’s iOS devices shows how keen the company is in that genre, to a point that even standalone handheld gaming consoles are actually considering the iPod Touch and the iPhone as competition. Now it seems as though Apple is ready to take on home consoles as well with the latest hunches about the Apple TV’s future in gaming.

A report from Engadget claims that a new code found in the latest iOS 4.3 beta 3 firmware for Apple TV hints the possibility of online gaming. According to the site, several references have been found pertaining to “ATVGames” and “ATVThunder” that point to a controller of some sort, leaderboards, a way to schedule games, and a store front. Well that sounds a lot like Game Center and the App Store, doesn’t it?

A $99 gaming console definitely sounds too appealing and I’m sure most users will be willing to use their iPods or iPhones as controllers to play their favorite games on a big screen.

Apple TV’s minimum storage capacity (about 8GB) suggests the company might look to streaming not entirely unlike how OnLive works; the OpenGL is mature and thoroughly implemented enough that streaming low-bandwidth data and computing locally could happen, but that’s just theoretical with nothing in the code to back it up.

If that’s the case, maybe using airplay technology to display iOS games straight to the Apple TV could even be a possibility too. I mean, come on.. Unreal Engine powered Infinity Blade on the big screen? I’d play that. Whether or not this actually becomes implemented in the next iOS update, it’s not unlikely that Apple will tap into gaming with the Apple TV. It’s too big to pass up, we feel it’s just a matter of time.