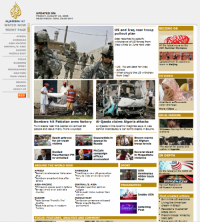 The iPad is changing the way we consume media with easy tablet publishing. The iPad is bringing us back to leisure reading because it’s large enough to consume an entire newspaper’s worth of content on but small enough to take into bed with us.

So why don’t I use one? Because I write for a living! And aside from 140-character messages, the iPad is not designed for the daily blogger. We’ve seen several iPad keyboards, but none have looked as appetizing as the Writer iPad case and keyboard combo from Adonit.

The Bluetooth keyboard glides along a magnetic strip allowing for unlimited screen angles and stability so you can type comfortably on the bus, the couch or on an airplane no matter how far the guy in front of you leans his seat back. The keyboard appears intuitive and efficient with a sleek aluminum body and scissor action keys. There’s also a quick iPad release and auto-keyboard sleep function and LED battery indicator so you know when you’re powered up or when your battery is running low.

Adonit was founded by Kris Perpich and Zach Zeliff, who were brought together by their shared passion for technology and style. They intend to offer separate Writers for both the iPad 1 and 2. In fact, they’ve already started to design the new Writer for the iPad 2.0, which is essentially the same product with a slightly different contoured case.

The keyboard case combo looks like the perfect companion for enhancing productivity and expanding the iPad. As for pricing, expect to pay about $99.99 when they finally go on sale. Or donate $89 to receive the “Executive” Writer with a black exterior and tan interior. With 9 days left and just over $4,000 to raise, you can help the guys out by donating on Kickstarter here.

Read next: How selling the world's biggest daily deal just made LivingSocial king