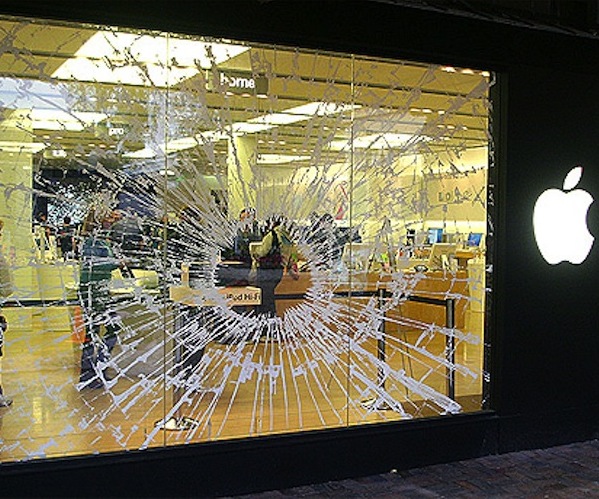 Every time I pass an Apple store, with the customary glass front window, it makes me wonder how many people have considered tossing a brick through and grabbing items of their choice. Apparently, a party of 5 people in Connecticut decided to wonder no longer.

At an estimated loss of “tends of thousands of dollars”, according to CTNow, the Greenwich store was broken into early on Tuesday morning. Taking “computers and other electronic equipment”, one can only imagine that the next stop for most of the gear is in a pawn shop or on the street.

So, if you happen to be driving around Greenwich and see a guy selling MacBook Airs from a trench coat, you might want to drop a mail to [email protected] — I’m sure he’ll respond.

Read next: Switching from Windows to Mac? Here's what you need to know.