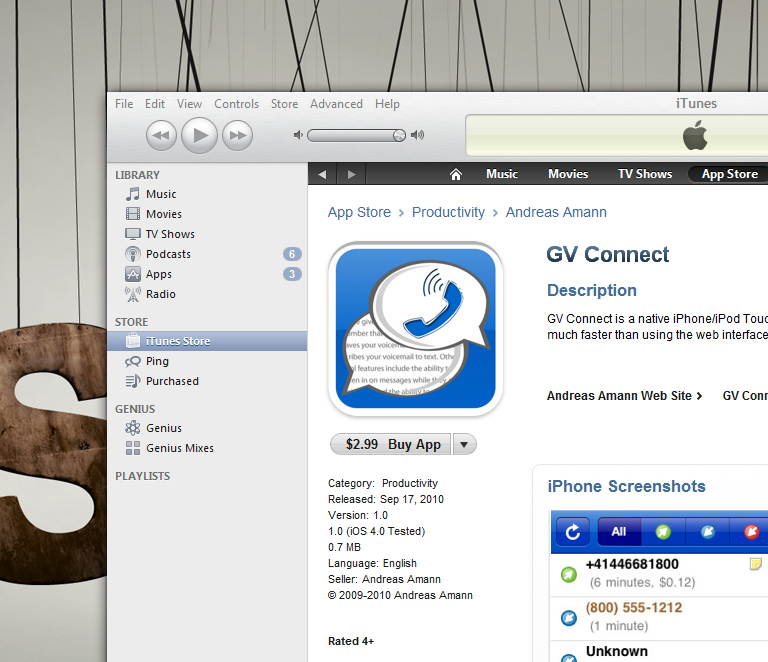 Clearly, by now, you’ve heard the scuffle surrounding Apple’s relaxing of the App Store rules. One of the biggest things that iPhone users have been waiting for is some way to run Google Voice on their devices, as all ways were previously banned from the Apple marketplace due to terms of service violations.

Now, it appears, that trend is over. GV Connect (an unofficial, third-party Google Voice application) has appeared in the App Store and is ready for download.

While it’s never quite as good as the “real thing”, we’ll certainly take an unofficial application that gives full control over Google Voice for your iPhone. It will run you $2.99, but seems to be well worth the money for anyone who is in the market.

Grab it, and let us know what you think, won’t you?