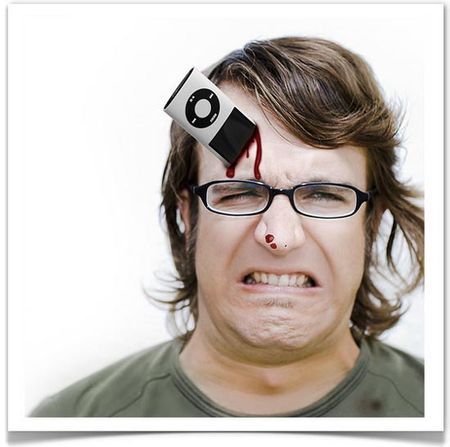 According to a story on Bloomberg.com, by way of SPA! magazine, Apple CEO, and apparently closet Ninja, Steve Jobs, will not be a visitor in the land of the rising sun anytime soon after he was barred from “taking Ninja throwing stars aboard his private plane.”

The incident evidently arose in July at Kansai International Airport, near Osaka, where a security scan revealed his novice Ninja skills, by detecting Ninja throwing stars inside his carry-on luggage.

Jobs was reportedly returning to the U.S. from Kyoto, where he and his family were vacationing, the Japanese magazine reported, citing (the always reliable) “unidentified officials at the airport and the transportation ministry.”

This is where the Apple CEO’s story gets juicy (yes, I went there).  Upon being stopped, “Jobs said it wouldn’t make sense for a person to try to hijack his own plane, according to the report. He then told officials he would never visit Japan again, the magazine reported.  Apple declined to comment.”

While a spokesman confirmed an unidentified passenger was stopped in July for “carrying shuriken, the Japanese word for Ninja throwing stars,” which were then apparently thrown away.

What could Jobs have been planning to do with the Ninja throwing stars?  First thought is, don’t attend the next Keynote and keep your laptop up, or ask an even remotely argumentative question, or you’ll be seeing stars, flying at you that is (I went there too).

As my mind races with all of the other possibilities, I’d love to hear those you have.  In fact, they’re more than likely better than mine.