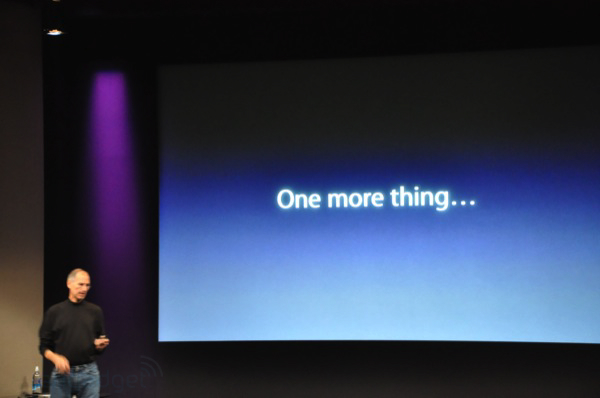 When the announcement came down that Apple would be streaming its September 1st event live, there were many reactions. Not the least of which was some surprise from Windows users that they wouldn’t be able to watch the event without an Apple device. Could Apple really be so short-sighted as to exclude this segment of its customers?

If there’s one thing we’ve learned from Apple over the years, it’s that “one more thing” is usually the best part of any announcement. According to our own thoughts, and backed up by an anonymous source over at Cult of Mac, the latest “one more thing” could be one of the best ever:

“The goal is to monitor traffic load and quality.”

Apple’s decision to stream the event is a real-world load test on its recently acquired datacenter. It is, in one fell swoop, the single best way for Apple to provide a real-world test for upcoming features, such as the much-desired streaming iTunes.

So while we will no doubt see new products at today’s event, Apple’s true intentions behind the Apple-only stream will almost certainly be revealed as well. Just wait for the “one more thing”.