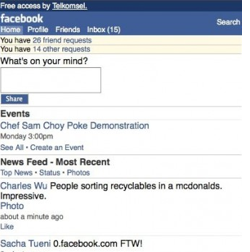 “Even though the iPod has a very high market share, we’ve never rested…” says Steve Jobs live from the stage at the new Apple Music event. In proving that, Jobs walks us through the devices and introduces the new models which will be available for pre-order today, for shipment next week.