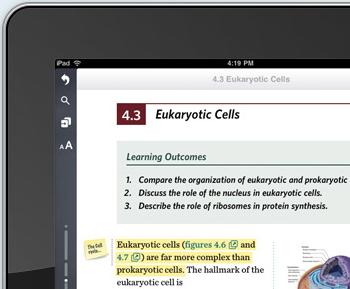 Before the rise of Microsoft Office as necessary business software and Bill Gates’ strategy to sell workers home PCs that ran the same programs they already used at the office, Apple had a ground up strategy: get parents to buy the computer their kids already use at school.  Almost anyone who was in elementary or high school between 1980 and 1995 grew up using the Apple ][ or one of the early flavors of Macintosh.

Of course, Microsoft took the PC market by storm and with Windows 95 went on to dominate most market segments.  But Apple wasn’t done for good.  Over the past five years Apple has seen their share on college campuses increase.  Some schools have even started handing out either an iPhone or iPod Touch to incoming freshmen.  With a number of educational and organizational apps it makes sense for colleges to push Apple devices.  Not to mention simplifying the yeoman work put in by college IT departments.  But the next wave is just beginning to crest: the iPad in education.

Like the chalkboard slates of old, the iPad is literally a blank surface waiting to be customized by the student for whatever academic subject is on the docket.  One of the most obvious uses for the iPad is to replace the hulking textbooks that have become more common and more expensive over the years.  Even if digital textbooks are not much cheaper than their paper-bound cousins, at least they would all be stored on one, small, iPad.

One company, Inkling, has decided that the market for digital textbooks has arrived.  Having launched a free iPad app where textbook are purchased from a separate ebook store inside the app, Inkling has split the difference between straight digital conversions of textbooks sold through, for example, the iBooks store and a book-as-an-app similar to the Alice in Wonderland iPad edition.  Inkling versions of textbooks allow the student to make and search their own notations in the book, add bookmarks, and of course search the entire text of the book.  All of this is done elegantly using the iPad’s touch control scheme, which of course is how we read paper books: by touching them, underlining text and placing sticky notes.

Another game changer on the iPad is Evernote.  Anyone who has used the Windows/Mac/iPhone version of Evernote will be impressed.  The elephant branded team has really taken their software to the next level.  Each of your notebooks is now a pile of papers that expands when touched.  Toss a PDF into a note and Evernote becomes an ebook reader.  Open a recipe and Evernote become a cookbook.  Imagine replacing handouts, sometimes a couple hundred pages per class, with a simple file download.  Evernote lets you search everything, even words inside pictures thanks to their intelligent scanning software, which makes that end-of-semester review process much easier.  Evernote also has a subscription feature called The Trunk where everything from recommended scanners to subscription notebooks are available.  In the future, textbooks, notebooks or a version of Cliff Notes could be available in The Trunk, automatically pushed to the student’s account.

In Japan, scanning your own books for the iPad has become quite popular.  While this isn’t as feasible in the United States because of copyright law, and is quite an undertaking with textbooks that often reach 1000 pages, it could be the first sign of the public demanding the book version of ripping a CD.  College students did lead the Napster revolution however, so anything is possible.

With the Kindle and iPad leading the way in digital books and publishers knowing how much students would love to shed that backpack weight it’s only a matter of time until digital textbooks become the third option on the textbook scale along with “new” and “used.”