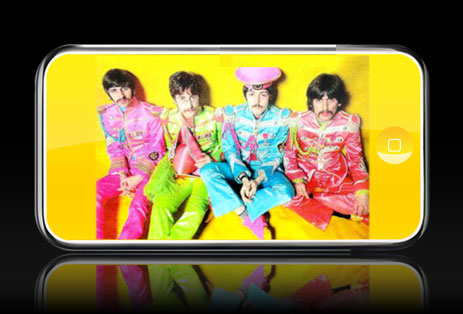 If you thought there was a chance of getting your favourite Beatles tracks via an MP3 store instead of a remastered CD, Yoko Ono has poured a little more water on your bonfire.

When asked whether Beatles tracks would go on sale via online retailers such as iTunes; Yoko Ono, one of three other Beatles stakeholders including Paul McCartney, Ringo Starr and Olivia Harrison (widow of George Harrison) put an end to speculation with an unequivocal “Don’t hold your breath … for anything.”

Apple has had a rocky history with Apple Corps, the music groups holding company, over rights to the name. That trademark dispute came to an end in 2007 and from then speculation was rife about an iTunes deal, until now.

It all comes down to Apple Corps’ inability to agree terms with EMI Group, licensee of the Beatle’s back catalog.

“(Apple CEO) Steve Jobs has his own idea and he’s a brilliant guy,” Ono, the 77-year-old widow of John Lennon, told Reuters. “There’s just an element that we’re not very happy about, as people. We are holding out.

It’s a shame that the current music generation won’t be able to give back to the group that created so many hit songs. Instead of going to buy their CD’s, we fear the original artists will miss out as downloaders will look to download their entire back catalog via file sharing websites or Bittorrent.

Read next: The Youtube Flowchart for your viewing pleasure: