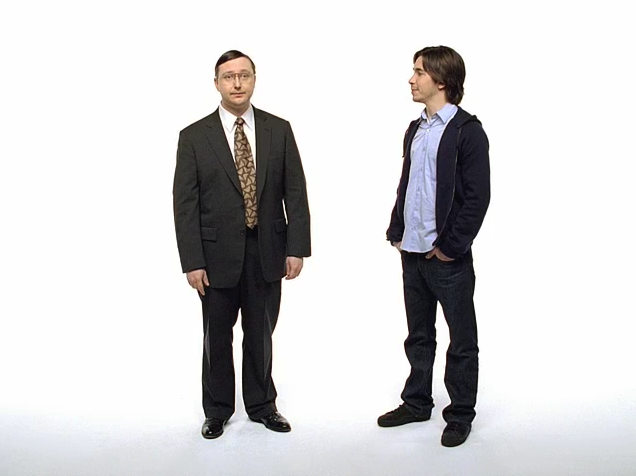 OK, to start, let’s get past the whole “PC means personal computer so a Mac is a PC” thing. I’m aware. But for the sake of argument and story-telling, I’m going to use PC to refer to a Windows-based machine, whether home built or from a manufacturer.

That said, I have to repent for a sin. Though actually I guess I’m just admitting, because repenting would lead you to believe that I plan on stopping. That’s not the case.

That sin is lust, and the object is a Mac.

I came into this profession as a blogger wielding a plastic-bound Logitech keyboard and 24 inches of widescreen Dell. I was determined to be the one that didn’t change. I was going to profess my love of Windows 7 and the world would know that I was typing every new entry while staring at the beauty of the 4-color Microsoft flag.

It’s not really that I’m a Microsoft fanboy. In fact, I’ve used a wealth of different operating systems, and would move to a flavor of Linux if more of what I do with audio production were supported. But, that hasn’t happened, so I’ve stuck with the old standard.

Conversely, I’m also not an Apple fanboy. I think that the iPhone is pretty, but I don’t really want one. Apple TV is one of the most disappointing products I’ve ever seen and iTunes on a PC is the single worst piece of software I’ve ever been all-but-forced to use.

But then it happened.

I’m a slave to the number pad on my keyboard. I avoid the top row of numbers as if they’re carriers of some highly infectious disease. Unless I’m playing a game, this row of digits is doomed to a solitary confinement, never to be graced by my tender touch.

One day, the 2 on my trusty Logitech bit the dust. Without warning or probable cause, it simply died. I was in shock. I knew that I should have bought two of the things when I got it, but I just neglected to do so. Disassembling the $20 thing was of no use, and they were out of stock at all but the most untrusted sources. I had to face the fact: it was time to buy a new keyboard.

I started my search across the vast keyboard wonderland that is Amazon, reading reviews and trying to decide what was right for me. Time after time, the most highly rated keyboards came from Logitech and Apple. In a moment that can only be described as fiscal insanity, I shelled out $50 for the Apple Aluminum keyboard. The one, of course, with the number pad.

The next day, as the keyboard arrived at my door, I was wary of even plugging the thing in. I carefully unboxed the device, making certain that I’d be able to return it if I didn’t like it. I set it in place, plugged it in and typed my first sentence.

And then it happened…As if in an instant, I suddenly began to understand. From the first few words, I instantly knew that I was addicted. I had never before felt a piece of hardware that was more responsive. Typing with this newfound friend was like driving a sports car that answered willingly to my every touch. With light flicks across its chicklet-laden frame, I found myself typing faster and with less effort than ever before.

I was hooked. I needed to find out more.

The next instance of my unintended investigation came with the arrival of Ostrich. Being that I’m the editor of a channel entirely dedicated to applications, it was up to me to take a look at Ostrich and figure out if it was any good.

Only one problem: I used Chrome, and Ostrich was the first Twitter extension for Safari. Well, no harm done. I’ll load up Safari for Windows and, give Ostrich its due time and then I’ll be back to Chrome. I’m guessing that you can already tell what’s going to happen, so I’ll spare you the details. I’ll just say that I’m now firmly into my third week of using Safari and I have absolutely no plans of going back to Chrome or Firefox as of this time.

Why? Because Safari, for me, is just…better. And that’s the confusing part, honestly. I can’t put my finger onto why it is that I like Safari better than Chrome. They’re both Webkit-based and both run essentially the same, but after weeks of using Safari and dealing with a couple of initial frustrations, I keep getting the sense that the browser is more intuitive, more responsive and simply…better.

And so here I sit, typing this missive on an Apple keyboard, using Safari…in Windows 7. Why? Not for lack of desire, mind you. Simply for lack of funds. I’ve finally gotten to the point where I can justify in my mind the cost associated with owning a Mac, but my wallet doesn’t seem to care what my mind thinks.

I now understand the cost. I now also understand why Mac enthusiasts shell out the money for them without a second thought. I’ve used a years-old Powerbook that still ran flawlessly. I’ve seen a friend who still has a Mac G4 Cube in daily service without a hitch. Why? It comes down to build quality, and Apple simply can’t be beaten, in my PC-using opinion.

So there it is. 900-some words later and I’ve finally laid it out there for flames from both sides. So flame on, my Internet-anonymous friends. Don’t mind me, I’ll just be over scraping change out of the sofa cushions to add to my Macbook Pro savings account.

Read next: To Cope With Demand, Facebook Will Double The Size Of Its New Oregon Datacenter